How scenario planning yields advantages for providers in unprecedented times 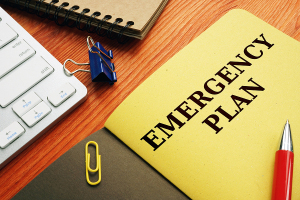 Weill Cornell Medicine orchestrated a scenario planning exercise in 2019 to improve its operations and performance as preparations for potential crises ahead of time like the COVID-19 pandemic.
While no provider or practice could have predicted the pandemic, those who planned for the possibility are in a better position than those who did not. Such planning is known as scenario planning, in which companies, without certainty, prepare for different situations that could take place at any point in the future.

One provider that engaged this tactic in 2019 was Weill Cornell Medicine, and pandemics were among the possible scenarios it planned for. HCB News spoke with radiologist Dr. Geraldine McGinty, president of the American College of Radiology and chief strategy and contracting officer at Weill Cornell Medicine, about the lessons learned from the exercise and how it has helped her and her colleagues’ operations and performance since the pandemic hit.

The inspiration for the tactic, she says, came from Shell Oil, which began using similar practices in the 1970s to prepare for drops in oil prices. “They had thought about the things that might happen in their future and then looked at their current operations and said, ‘What do we need to do now to be prepared whatever happens?’ We tried to be quite broad about what might happen in our future so we could prepare ourselves. I’m not saying we predicted the pandemic. But definitely having gone through that process of thinking about an uncertain future helped us prepare and be more adaptable and nimble.”

Preparations involved a number of impact factors to consider, including:

Reimbursement: One prediction was the need to recover lost revenue, which was due, in part, to social distancing measures and equipment cleaning tactics that prevent resumption of prior workflows and volumes. Addressing this has involved salary cuts, layoffs, and reductions in health insurance benefits. McGinty and her colleagues say practices that sought financial expertise in advance and had established reserves, solid banking relations and strong relationships with referring providers and hospitals are better able to leverage relief programs.

Regulations: A degree of deregulation was predicted and has been seen regarding governed payments to physicians and hospital services. Broader coverage of telehealth and relaxation of state licensure requirements are expected to continue, along with downward pressure on fee-for-service rates and less overall health insurance coverage by employers. Practices must work with policymakers and payers on insurance plans and reimbursement, and should invest in professional society membership to build relationships with local lawmakers.
1(current)
2

Vanderbilt University Hospital to kick off $500 million expansion this summer