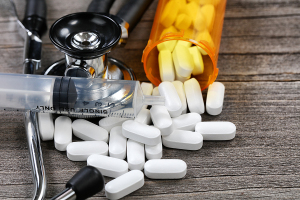 An opioid used as a sedative and for pain relief, fentanyl is 50 to 100 times more potent than morphine, as well as highly addictive and dangerous when used inappropriately. Together, the bags amounted to more than seven gallons and were either stolen or lost from the hospital ICU between September and January, according to the Keene Sentinel.

Nurse Alexandra Towle admitted in February to stealing 280 bags during the time they went missing. She agreed to no longer practice nursing. She died a month later.

But 160 bags are still missing, with losses partially attributed to winter surges in COVID cases impacting record-keeping. They did not, however, interfere with treatment of patients receiving the drug.

The hospital put in place measures to prevent further losses, but 11 more bags were reported missing in May, prompting the New Hampshire Board of Pharmacy “to initiate disciplinary action.” It will hold a hearing on June 29 to decide if it should suspend or revoke Cheshire Medical Center’s pharmacy permit.

The Office of Professional Licensure and Certification, meanwhile, has suspended the license of chief nursing officer Amy Matthews over concerns about her supervision of other nurses. It also issued emergency suspensions for pharmacist-in-charge and director of pharmacy Melissa Siciliano and Richard Crowe. Siciliano has since been reinstated. Crowe was implicated, “as having played an integral role in the diversion and/or failure to report the diversion” and has agreed to no longer practice.

In a statement, the hospital said that it is working with government agencies in the investigation, including the Drug Enforcement Administration. “Patient and employee safety are always our first priority, and we have a zero-tolerance policy regarding the diversion of any controlled substance."

Should the board revoke or suspend Cheshire Medical’s pharmacy permit, it will consider a special one for the hospital to “operate a pharmacy in a manner” under certain conditions. It also will investigate if the pharmacy violated federal, state or local drug-related laws, and if the hospital committed misconduct.