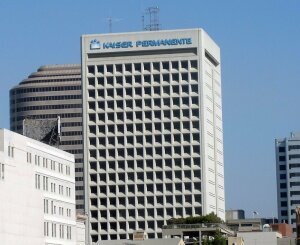 Kaiser Permanente has agreed to a settlement concerning allegations of racial discrimination against its African American employees. The deal comes after two years of mediation between the parties, and includes $11.5 million in monetary disbursements, and an estimated $9 million worth of programmatic relief.

The California-only class of 2,225 African American Kaiser employees, or former employees, allege the health system offered unequal pay and unequal opportunities for advancement. The class includes only non-union, director-level and below, full-time employees in the areas of administration and consulting, and only claims arising from non-clinical positions.

Kaiser Permanente has a substantial presence in California, and most notably in the Bay Area. Oakland-based Kaiser (which employs upward of 200,000 people) and the city of Oakland had plans to expand its presence further with the construction of a new 1.6 million-square-foot Oakland headquarters, but the $900 million deal fell through in March of last year when Kaiser pulled out of the project citing delays and increasing costs.

Kaiser has denied wrongdoing with respect to the allegations of racial discrimination. However, in consideration of resolving the matter in lieu of litigation, it has agreed to pay $11.5 million to settle the claims, $60,000 to $75,000 going to each of the four lead plaintiffs (all from Kaiser’s current Oakland, CA headquarters), approximately $3.5 million going to legal fees, and the rest disbursed proportionately to the remaining class members.

“It is because of our commitment to equity and fairness that we have been especially saddened to learn that any employee would feel discriminated against at Kaiser Permanente,” representatives of Kaiser wrote in a statement. “While various elements of the lawsuits are subject to dispute, we recognize the importance of listening to and learning from our employees.”

In addition to monetary payments, Kaiser has agreed to invest an estimated $9 million dollars in reforming, investigating, and monitoring its pay and promotion practices, in addition to implementing various programs aimed at helping to promote racial equity in the workplace.

For instance, Kaiser has agreed, under the settlement terms, to work with the Neuroleadership Institute, which will lead Kaiser employees in anti-bias and “inclusive mindset” training.

Kaiser will also be required to publicly “acknowledge that societal racism can cause health issues,” attest to the importance of “building a workplace culture that is diverse, equitable, inclusive, and anti-racist,” and “support Black Lives Matter and related social crisis discussions and resources advancing racial equity."

Kaiser agreed to a more than $6 million settlement last November, while also denying wrongdoing, of claims that it had submitted invalid diagnoses to Medicare for the purposes of receiving flat rate reimbursements. The Department of Justice investigated the matter but has not made any determination as to liability.