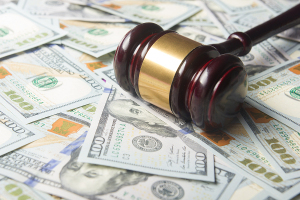 The Atlanta-based nonprofit healthcare system was accused of improperly billing for cardiac and vascular short-stay admissions and for engaging in certain physician compensation arrangements that violated the Anti-Kickback Statute, according to Moss & Gilmore LLP, an Atlanta and New York-based law firm that represented the unnamed whistleblower.

“The federal government is aggressively pursuing violations of the Anti-Kickback Statute, and upcoding of both inpatients and outpatients,” Raymond L. Moss, a partner at Moss & Gilmore, told HCB News. “Also, COVID-19 will not shield healthcare providers from potential liability under the False Claims Act. Critically the government continues to focus resources to make sure the elderly and critically ill patients are given the appropriate level of care and billing.”

Among its allegations was that the provider overturned judgements made by its treating physicians numerous times between 2009 and 2013 for procedures to be performed at less expensive outpatient or observation levels of care. It instead billed Medicare and Medicaid for the most expensive inpatient level of care, which in some cases included diagnostic imaging such as ultrasound, nuclear stress tests and echocardiograms, as well as temporary and permanent implants of pacemakers and defibrillators.

Piedmont denies any wrongdoing and says the issue of deciding if a hospital patient should be classified under inpatient status or on observation status was a major challenge for every health system in the country at the time. It also says the government itself has since recognized the confusing standards and instituted, in 2013, a new “two-midnight” rule to provide further clarity.

“During the period in question, Piedmont assigned patient status as best it could, in part with the assistance of an industry-leading third-party vendor that helped interpret these technical definitions,” John Manasso, manager of public relations for Piedmont, told HCB News. “In all cases, our doctors and nurses made their decisions based on the best interest and health of their patients — just like they always have and always will. Our decision to settle is not an admission of liability, simply the best way to end a costly and time-consuming investigation so we can continue to focus on caring for the communities we serve across Georgia.”
1(current)
2