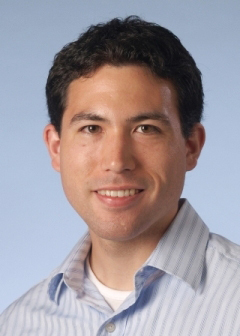 Dr. Peter Miller
Dr. Mary Mahoney, the director of breast imaging at the University of Cincinnati School of Medicine, was getting a manicure before heading off to the Radiological Society of North America's 2012 annual meeting in Chicago, the biggest event on the calendar for people in her field. The young woman giving her the manicure asked what she was up to, and she explained what RSNA was and what she did, and the woman stopped for a moment, and said, "Wow, that sounds like you're almost a doctor."

Indeed, only about half of patients know that a radiologist is a medical doctor, according to the results of a survey presented at a press conference Wednesday morning at RSNA 2012, where Mahoney shared her story. But even if they don't have a good handle on what a radiologist is, patients are, overwhelmingly, interested in learning more about who's reading their scans and in getting a copy of the final report.

"People don't know what we do and I think it's important that they do know what (we) do," Dr. Peter Miller, a radiology resident at Indiana University and lead author of the study, told reporters Wednesday. "The time of the invisible radiologist needs a transition to patient-centered radiology with radiologists actively involved in patient care," he added.

The study, conducted at his university's main hospital, surveyed 307 patients who had recently undergone a CT scan. Half of the patients had at least some college education, and 97 percent had had a radiology exam before.

Even so, eight in 10 said it was important to know who's reading their study, and nine in 10 said they wanted a copy of the finished radiology report. About 63 percent also wanted access to a website to see images, Miller said.

The findings aren't entirely surprising: they match up with a 2008 survey conducted by the American College of Radiology that found one out of two respondents didn't know what a radiologist was, with many confusing radiologists with the technicians who usually operate the equipment and take the scans.

Mahoney said patient education would likely come from a "culture change" among younger radiologists now entering medicine who are potentially more interested in interacting with patients than an earlier generation of imaging doctors.

That might already be happening somewhat. At his own program, Miller said residents are encouraged to introduce themselves to some patients before exams, and that the push to get "out of the reading room" might be attracting a different sort of person to the discipline.

Still, it won't be easy to help patients better understand the field — especially as many patients are very sick and face language or other barriers.

"Part of the problem is the polysyllabic nature of contemporary health care," said study co-author Dr. Richard Gunderman, a radiology professor at Indiana University who gave a talk earlier at RSNA on the need for radiologists to take a more humane approach to their patients. "The machines, the terms we bandy about, you need to go to a class for medical lexicography just to figure out what (health care providers) are talking about."