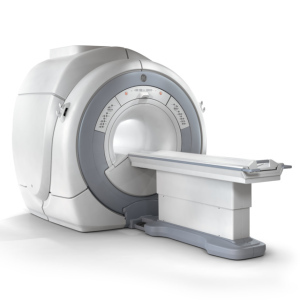 Women's brains shrink sooner than men's in early Alzheimer's as measured by MRI scans and a plethora of activities from golf to gardening are linked with less brain volume loss in the elderly, according to a pair of studies presented Monday at the Radiological Society of North America's annual meeting in Chicago.

The researchers said the preliminary findings could help in the understanding and care of patients afflicted with the degenerative disease, which affects some 5 million Americans each year.

In the first study, using a subset of 109 patients from the larger Alzheimer's Disease Neuroimaging Initiative, MRI scans reveal women lose more brain volume than men in the early stages of Alzheimer's disease. However, the difference vanishes about a year after diagnosis.

Also, although women have greater volume loss initially, it's not linked to worse cognitive function, suggesting females might have a "greater cognitive reserve," according to lead author Dr. Maria Spampinato, a radiology professor at the Medical University of South Carolina in Charleston.

For the study, Spampinato and colleagues collected MRI scans on 60 men and 49 women suffering from amnestic mild cognitive impairment (aMCI), in which they have memory loss but are otherwise cognitively normal, who went on to develop full-blown Alzheimer's. (Usually, about one-tenth of aMCI patients will go on to develop Alzheimer's, Spampinato said.)

Looking specifically at the volume of the hippocampus, a brain structure associated with memory and implicated in Alzheimer's, men had larger volumes initially but experienced a steeper drop in volume after their disease progressed, Spampinato said.

Why does the disease affect men and women differently? Spampinato said there's no "single unifying" cause but researchers suspect it could be a mixture of hormonal and genetic risk factors. "Hormones definitely play a role," she said.
1(current)
2