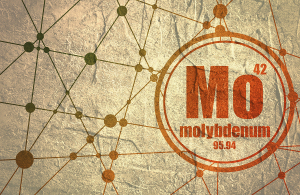 SHINE has received funding to begin building its isotope plant in Europe for Mo-99 production
SHINE Europe, a subsidiary of SHINE Technology, is getting to work on building an advanced medical isotopes facility in the Netherlands.

The company has secured funding for the building, which will be located in Veendam and leverage SHINE’s production systems to manufacture isotopes, including molybdenum-99 (Mo-99). It is aiming to begin construction in the next few years and for the facility to be operating by 2026.

Patrick O'Connell, vice president of marketing and communications at SHINE Technologies, says the opening of the plant will take the burden of Mo-99 production off aging reactors. In addition, the processes it will use are expected to be more eco-friendly and less wasteful compared to legacy methods, and not exponentially add to taxes for constructing new European reactors.

"Shine's process has two technology advances — the neutron generators replace the reactor and a liquid uranium solution, which is recycled every week, replaces a one-time uranium target. This reduces the amount of nuclear waste by 100 times per patient dose," O'Connell told HCB News.

Meant to diagnose various life-threatening diseases such as heart disease and cancer, Mo-99 is used in millions of imaging procedures each year. But maintaining an adequate supply continues to be a challenge. Once SHINE Europe is up and running, the company expects the plant, along with its U.S. plant in Wisconsin, to have a combined Mo-99 output that can meet up to 70% of global demands in daily diagnostic imaging.

Both plants will utilize the company's proprietary neutron generators, which will combine with SHINE's liquid uranium solution technology to produce high-quality and high-purity Mo-99. The company will produce and process the isotopes in the same facility at the European site. Additionally, it is looking into using the European site to produce additional isotopes such as iodine-131 and xenon-133. There is also strong demand for lutetium-177 for use in clinical trials. SHINE has begun producing Lu-177 at the University of Missouri Research Reactor.

In the U.S., plans are underway for SHINE's $100 million Wisconsin facility to begin producing Mo-99 in late 2022. It is expected to produce roughly two-thirds of global demand at about 300,000 doses a week.

The Province of Groningen and the Federal State of the Netherlands are funding the SHINE Europe project. SHINE is also relying on other investors, including global private and public entities like Baillie Gifford, Koch Disruptive Technologies, Fidelity, Deerfield Management Company and Oaktree Capital Management.
1(current)
2