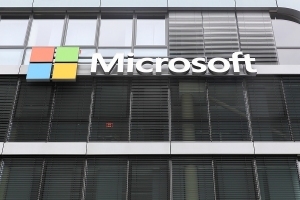 Microsoft first revealed its intention to buy Nuance in April at a price of $19.7 billion in an all-cash transaction. The company plans to use Nuance’s AI technology to enhance the offerings of its Microsoft Cloud for Healthcare, which has a range of capabilities for managing healthcare data at scale.

In a notice on its inquiry, the agency said it would evaluate if combining both companies would lead to “substantial lessening of competition” in the U.K. It plans to make a decision by March 9, reported Seeking Alpha.

In addition to integrating more AI capabilities, the acquisition is expected to double Microsoft’s total addressable market in the healthcare provider space by bringing it to nearly $500 billion. This is because Nuance’s technology is currently used by 55% of all physicians in the country, 75% of radiologists, and 77% of all U.S. hospitals.

For Microsoft, the acquisition would be its second largest after its 26.2 billion purchase of LinkedIn in 2019.

“Together, with our partner ecosystem, we will put advanced AI solutions into the hands of professionals everywhere to drive better decision-making and create more meaningful connections, as we accelerate growth of Microsoft Cloud for Healthcare and Nuance,” said Satya Nadella, CEO of Microsoft, when the deal was first announced.

The U.S. Justice Department investigated the transaction to see if it would have a negative impact on businesses, but later granted approval for it to move forward. The Australian Competition Commission conducted its own probe in October before allowing it to proceed.

This was followed by another inquiry opened up by the European Commission in December, in which it asked customers and competitors to write up concerns on if and how the acquisition would negatively impact their own businesses. The most extensive of the three, the EU Commission’s probe concluded that the deal would not pose competition concerns in the European Economic Area for transcription software, cloud services, enterprise communication services, customer relationship management, productivity software or PC operating systems.

Despite these numerous probes, Nuance Chief Strategy Officer Peter Durlach said last month that the deal is still on track to be completed in early 2022.