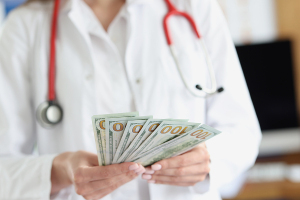 On July 30, the DOJ announced that two Montana nurse practitioners have been sentenced to 12 and nine months in prison, respectively, and ordered to each pay millions in restitution for their involvement in a Medicare fraud conspiracy.

The court documents allege that between late 2017 and mid-2019, the two, in their capacities as nurse practitioners, were employed by Integrated Support Plus Inc., among other staffing and telehealth companies, to sign off on thousands of orders for orthopedic braces on behalf of Medicare beneficiaries which were either prepared by telemarketers who lacked any requisite medical training or otherwise signed without having spoken to or examined the patients to determine whether the orders were medically appropriate.

Over the relevant time frame, Janae Nichole Harper is purported to have signed 7,673 brace orders, resulting in approximately $4.3 million in payments by Medicare. For her role in the scheme, she is purported to have received at least $94,395 in compensation from her employers.

Likewise, 7,097 brace orders have been attributed to Mark Allen Hill over this period, resulting in approximately five million in Medicare payments, and personally netting him at least $124,900 in fees from his telehealth/staffing company employers.

Following their respective prison terms, they will each serve an additional three years of supervised release.

Harper and Hill were among 345 people swept up in a national healthcare fraud and enforcement action in 2020, which built on prior related enforcement actions including those specifically targeting this variety of medical device/telehealth scam. The resulting charges arose from a cumulative total of over $6 billion in fraudulent Medicare claims that were identified by investigations.

“The continued focus on prosecuting healthcare fraud schemes involving telemedicine builds on the efforts and impact of the 2019 ‘Operation Brace Yourself’ Telemedicine and Durable Medical Equipment Takedown, which resulted in an estimated cost avoidance of more than $1.5 billion in the amount paid by Medicare for orthotic braces in the 17 months following that takedown,” the DOJ stated in its press release.

Included in this dragnet enforcement action, William McNeal, the owner and CEO of Integrated Support Plus and WebDoctors Plus Inc., was also charged for his part in running the $1.2 billion orthopedic brace billing conspiracy.

In September of 2020, as part of an agreement with prosecutors, McNeal pled guilty to conspiracy, and soliciting and receiving healthcare kickbacks. As part of the plea, conditional on further cooperation with prosecutors, presumably in order to avoid a prison sentence, he agreed to forfeit a number of his Central Florida properties in addition to over $13 million in admitted fraudulent earnings, according to Law360.