Breathing-aid machine designed, built in UK in under a week 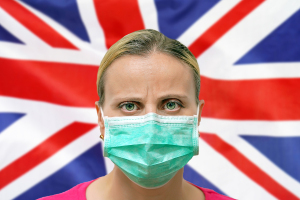 The dire necessity of COVID-19 has proved the mother of invention, as a new “improved” Cpap-based device to help sick patients breathe and stay out of the ICU has just been developed in under a week.

The device is set to go to London hospitals for clinical trials immediately.

“These devices will help to save lives by ensuring that ventilators, a limited resource, are used only for the most severely ill,” said professor Mervyn Singer, a University College London Hospital (UCLH) critical care doctor involved in the development of the modified continuous positive airway pressure device (Cpap) along with engineers from UCL, .

Such machines have already been used to good effect in virus hotbeds including China and Italy, reported the paper.

The machine was developed with the help of Mercedes Formula One in under 100 hours from initial talks to first production model, and the device has already been greenlighted by the U.K.’s Medicines and Healthcare products Regulatory Agency.

“We have been proud to put our resources at the service of UCL to deliver the Cpap project to the highest standards and in the fastest possible time frame,” Andy Cowell, managing director of Mercedes, said, according to the Chicago Tribune.

Plans call for the devices to be first tested at UCLH. “We hope they will make a real difference to hospitals across the U.K. by reducing demand on intensive care staff and beds, as well as helping patients recover without the need for more invasive ventilation,” Singer added.

UCL engineer Tim Baker, one of the machine's developers added that, “from being given the brief, we worked all hours of the day, disassembling and analyzing an off-patent device. Using computer simulations, we improved the device further to create a state-of-the-art version suited to mass production.”

The machine's advantages — as healthcare facilities deal with the surge of sick patients — is clear to Dr. Tim Cook, a professor of anesthesia and intensive care medicine at the Royal United hospital Bath NHS foundation trust. Thanks to this machine some patients can stay on the ward and out of the ICU.

“A ward can probably look after 10 of these patients with two nurses and one doctor. Ten patients on ICU may need five or 10 nurses and three to four doctors. The cost and manpower needed on ICU is much, much greater, and ICU is a lot more complex and hazardous,” he told the Guardian.

The device can pose challenges to healthcare workers, however, and Cpap usage on infected patients is normally somewhat “controversial,” according to Duncan Young, a professor of intensive care medicine at Oxford University, as small leaks around the mask can allow contaminating spray from infected patients.

Given the scope of the crisis, however, that risk may well be considered acceptable, and Singer advised that the machines should be safe to deploy as long as providers exercise caution and wear proper PPE gear.

The UK has also been the home of new rush designs for ventilators. On March 26, British firm Dyson announced it was developing 10,000 ventilators for the U.K.’s National Health Service, and another 5,000 to help with international COVID treatment demand.

"This new device can be manufactured quickly, efficiently and at volume," said founder James Dyson in a letter to his employees.