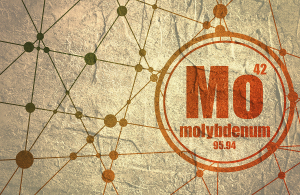 The U.S. plans to end shipment of HEU abroad for the production of Mo-99 to be used for nuclear medical imaging
The United States will no longer be shipping highly enriched uranium overseas to produce molybdenum-99 for its medical imaging needs.

Secretaries Jennifer Granholm and Xavier Becerra for the Department of Energy and the Health and Human Services, respectively, announced in December that the U.S. is now able to meet sufficient Mo-99 demand with its domestic source and no longer will need to ship HEU to facilities abroad, according to Physics Today. This follows the last in a series of grants issued as part of a nine-year campaign for growing the country’s domestic source, which it lacked for almost 30 years.

“The secretaries’ bold action puts one dangerous nuclear genie back in the bottle and brings to fruition more than three decades of efforts,” Alan Kuperman, coordinator of the Nuclear Proliferation Prevention Project at the University of Texas at Austin, told Physics Today.

From 1989 to 2018, the U.S. had no place to produce Mo-99, the parent isotope of technetium 99m, which is used as an agent in 40,000 PET and other nuclear medical imaging procedures daily across the country. As a result, it relied heavily on foreign imports from reactors in Canada and Europe, to which it would supply HEU for production.

Congress enacted a funding program in the American Medical Isotopes Production Act of 2012. Under this program, the NNSA awarded grants to aspiring U.S. producers of Mo-99, with the recipients required to match funding. One recipient, NorthStar, began producing Mo-99 in the U.S. in 2018, making it the first and only U.S.-based source in over 25 years. As part of the grant program, the company agreed to meet certain production capacities by the end of 2023. It expects to be able to produce 3000 six-day curies weekly (1500 by each of its two manufacturing processes) and says it already has the capacity to meet 20% of U.S. demand for the isotope.

Two other recipients, SHINE and Niowave, are expected to produce 1500 six-day curies per week and plan to begin production within the next year. The government recently made the last of its grants, worth $13 million, out to Niowave. Earlier grants were also made in 2021 to SHINE and NorthStar.

With this funding, the NNSA says that the three will be able to meet U.S. demands of 4,000 six-day curies per week by December 2023. The reduction in HEU shipments will also help in efforts to decrease the substance worldwide due to concerns that it could be used to build nuclear weapons, which are enriched with more than 93% of U235. HEU contains 20% or more U235.
1(current)
2