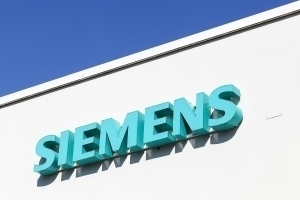 The deal marks Siemens direct return to the radiotherapy market 10 years after its 2011 exit.

“With the EU regulatory approval of the transaction, we have taken another important step forward on the path to combining our two companies. Together with Varian’s strong team, we aim to do everything we can in the future to ensure that people around the world benefit from our efforts in the fight against cancer and to strengthen global healthcare,” said Bernd Montag, CEO of Siemens Healthineers AG, in a statement.

The deal was first announced in August 2020, with the transaction being completed in December. Following this, the commission launched an investigation into the matter out of concern that the deal would cause competitors, the European Economic Area and the U.K., to foreclose on their supply of medical imaging solutions, especially CT, MR and PET scanners. It also feared foreclosures on supplies of radiotherapy solutions for treatment such as linear accelerators, brachytherapy devices and proton therapy equipment; oncology software for treatment planning, and oncology information systems; and motion management devices.

To appease these fears, Siemens agreed to continue to abide by the de facto industrywide interoperability standard, DICOM, to ensure interoperability between its medical imaging solutions and the radiotherapy solutions of its competitors, as well as between its radiotherapy solutions and rivals' imaging solutions. It will do so by providing relevant information and technical assistance to third parties and healthcare providers that use its solutions. The commission concluded its investigation with the notion that such commitments would prevent the deal from negatively impacting competition in the EEA and the U.K.

"Our decision will make sure that radiotherapy patients receive the best possible treatment by ensuring that the rivals of Siemens Healthineers and Varian will have all the information and help they need to make their products work smoothly with those of the parties and to continue innovating,” said the commission’s executive vice-president Margrethe Vestager, in charge of competition policy.

The investigation covered the EEA and the U.K. before the end of the transition period agreed to in the withdrawal agreement between the U.K. and the EU following Brexit.

The decision to allow Siemens to continue with the deal is conditional upon full compliance with the commitments, which will run for an initial ten years, with the commission able to extend this five more years if deemed necessary.

Siemens previously partnered with Varian in 2012 to set up EnVision Better Cancer Care, which brought together their diagnostic and therapeutic solutions. The acquisition is expected to be completed in the first half of 2021, with Varian continuing to operate under the Varian name, as a Siemens Healthineers brand.