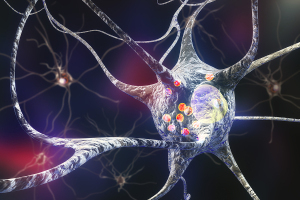 One form starts in the brain before spreading to the intestines and other organs such as the heart, while the other begins in the intestines and then spreads to the brain. The discovery explains why patients have widely different symptoms, and opens up discussions for delivering more personalized treatments to patients depending on their disease pattern.

"We hypothesize that the type that (probably) starts in the intestinal nervous system can be triggered by the microbiome (e.g., bacteria producing pro-aggregation factors like the protein curli), and also by inflammatory states (inflammatory bowel disorders like Crohn's disease increase the risk of PD) — and also by infections (gastrointestinal infections increase the risk of PD). In addition, the person probably needs to be vulnerable, such as if they have risk genes," study author professor Per Borghammer from the department of clinical medicine at Aarhus University and Aarhus University Hospital, told HCB News. "For the cause of the brain-first PD type, we don't know for sure. It could be risk genes, old age."

Up to eight million patients have been diagnosed with Parkinson’s disease worldwide, and the figure is expected to increase to 15 million in 2050 due to the ageing population, as the risk of developing the condition increases dramatically the older the population becomes.

The two types are referred to as “body-first” and “brain-first”. Advanced PET and MR imaging approaches found those whose disease started in the brain incurred damage to the dopamine system before they did in the intestines and heart, while those with the other type experienced the opposite. Patients who had not yet been diagnosed but had a high risk of developing Parkinson’s disease were also included in the study. This includes people with REM sleep behavior syndrome, which is associated with an increased risk for developing the disease.

The discovery will enable researchers to study risk factors and genetic factors that distinguish both types. For example, those with body-first Parkinson’s disease may benefit from greater research efforts on the composition of microbiota, bacteria in the intestines, due to patients with Parkinson’s disease having a different microbiome in the intestines than healthy people. He and his colleagues plan to research possible approaches that affect the microbiome, including the transplantation of faeces.
1(current)
2