The Senate race in Alabama 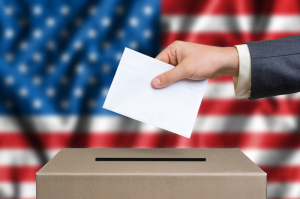 Doug Jones won the Alabama Senate
race
Last night, Barbara and I stayed up late to watch the senate race results in Alabama. I could not help but to consider what the ramifications are in relation to health care.

Now that Doug Jones has won, it really changes the politics of the senate. The new senate in 2018 will consist of 51 Republicans and 49 Democrats.

I do not like the fact that our senators seem to always vote on party lines. Fortunately, there are some senators who seem to change based on what they feel is right.

I think most of us have seen Susan Collins from Maine, and we know that she is interested in providing healthcare to everyone. So is John McCain. For that matter, so does Jeff Flake, who like John McCain, is from Arizona.

You never know which way Rand Paul is going to go, but I do know this: If anyone of a handful of senators break from the Republican party line, it makes it impossible to institute a change just based on party politics.

This is a good thing because it is less likely that our senators will vote strictly on party lines. I am hoping that they will vote their conscience.

I think we all know that health care is a big problem, and it is going to become a bigger problem in the years to come. I do not think that voting just based on party lines is the way to go.

Also, let us not forget the tax proposal. I suspect that unless the tax proposal passes in 2017, it is going to be delayed for some time. I am also concerned that some people feel that the new tax plan favors the very wealthy. I have not studied the tax plan, so I do not know if that is in fact the case. But I do know, if there is any doubt, it does not seem prudent to rush through the vote until all of the details have seen the light of day.

Somehow, we will all survive, even if we have less disposable income.