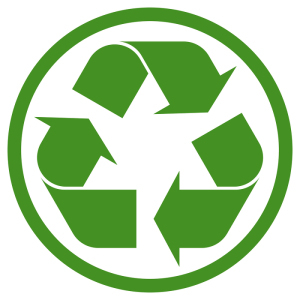 The Association of Medical Device Reprocessors (AMDR) turns 20 this year. As the global trade association representing the legal, regulatory and other trade interests of the regulated, commercial “single-use” device (SUD) reprocessing industry, it’s nothing less than extraordinary the changes that have occurred in the reprocessing industry in the last two decades.

Reusing single-use devices. It flat-out seems counterintuitive, and yet, what was once shunned is now an FDA regulated industry providing services to a majority of U.S. hospitals, saving hospitals hundreds of millions of dollars a year and reducing medical waste. Safety, savings and sustainability are the cornerstones of the positive financial and environmental impact of reprocessing.

These participating hospitals, including most on the Honor Roll of facilities as listed by U.S. News and World Report, utilize medical device reprocessing to bring economic and environmental benefits to the nation’s health care system, its practitioners and the patients they serve.

How it works: Single-use device (SUD) reprocessing
The growth of SUDs — both in number and in cost — was one factor that led many hospitals to reuse SUDs in the late ‘90s. Greater reliance on SUDs was wasteful, inefficient and expensive. A spent SUD (or one that is opened, but not used) also becomes trash, adding to costs to the environment and a hospital’s waste removal costs. If, technically speaking, the manufacturer or other third party could extend the life of the product to another use, while meeting the same FDA safety standards, why wouldn’t we encourage this? This is where AMDR’s members have stepped up, to provide the FDA with the data demonstrating that they can safely reprocess these products to reduce costs and waste.

Reprocessors turn these former SUDs into new, rebuilt SUDs meeting the same FDA standards for device manufacturing that apply to any other original equipment manufacturer (OEM). The reprocessed devices are, in the FDA’s terms, returned “substantially equivalent” to the predicate OEM device — assuring health care providers and patients that reprocessed SUDs are “as safe and as effective” as a new device. Reprocessors become the manufacturers of these reprocessed SUDs, assuming all manufacturer obligations. This is distinct from the “reprocessing” done in hospitals for reusable devices, whereby OEMs have provided instructions and hospitals implement those cleaning protocols.

Commercial reprocessing is essentially manufacturing, and complies with internationally accepted standards. Devices are collected, disassembled, cleaned, function-tested, repackaged and sterilized. The devices are 100 percent traceable, enabling quality controls and accountability. Reprocessed devices are as safe as the original product they replace, a finding confirmed by the FDA and a 2008 Government Accountability Office (GAO) report.
1(current)
2
3