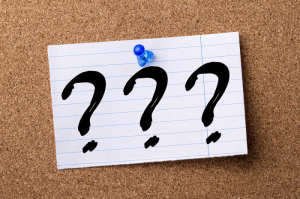 Proton therapy has significantly enhanced and extended our cancer fighting arsenal in the field of radiation oncology. New frontiers in particle therapy include hadron therapy, which relies on beams of charged particles (including protons) and heavier ions (including carbon) to improve cancer cure rates. Advancements in treatment from photon to proton to carbon therapy represent the new way forward in patient care and improving outcomes with far fewer side effects than conventional radiotherapy.

It’s no surprise that many health care organizations are looking to add this highly sophisticated therapy to the radiation matrix. And it is a major decision for any medical center, academic hospital or developer. The time frame for this multi-million dollar investment, from initial planning through first patient treatment, can take five to eight years, or more.

Since working on my first center more than 15 years ago, I have been involved with planning and design of more than 50 proton and particle therapy centers across the globe. Drawing from this experience, I’ve learned that there are three questions that any owner/operator or developer must answer before we can begin to have a meaningful discussion about design, schedule and budget. They include:

Simple, but not easy
The first question gets to the heart of the organization mission: Describe your current cancer clinical program. Is it strong or maturing? Is it a niche practice, or a broader treatment spectrum program? What types of tumors will your practice treat: prostate, breast, brain, base of skull, pediatric? And, more precisely, what is the mix of tumor types treated?

Most of the people we meet with are likely already seeing a sizeable number of radiation oncology patients. Indeed, larger centers may see as many as 2,000 to 3,000 cancer patients per year, treating many with conventional X-ray therapy. From this information, we can project the number of potential candidates, already in their care, who could be candidates for proton therapy. Consider that, in 2016, more than 1.6 million people in the U.S. received cancer treatment. And at least 120,000 were good candidates for proton therapy.
1(current)
2
3
4