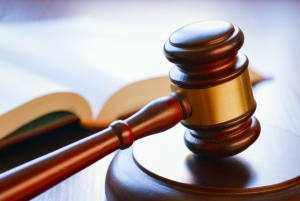 Oral arguments concluded yesterday in a Supreme Court case with the potential to bring the Affordable Care Act to its knees. The case against Burwell, (Sylvia Burwell, effectively representing the ACA as U.S. secretary of Health and Human Services) hinges on five words out of the several hundred page document colloquially known as Obamacare.

Although inconsistent with most of the ACA, there is a passage that specifies health care subsidies are available through an, "exchange established by the state," which — if taken out of context — may imply that states without their own markets should not receive federal subsidies.

David King, the lead plaintiff, is a Virginian who did not want to pay for health insurance. Without government subsidies, he would have been exempt from mandated coverage. With the aid of subsidies however, the government deemed King's coverage affordable, meaning he would incur penalties if he refused to enroll.

Louise Sheiner, policy director for the Hutchins Center on Fiscal and Monetary Policy, told DOTmed News that at least 14 states will be unaffected by the ruling because they set up their own health care marketplaces. Other states, those with state marketplaces in various stages of construction, are in a gray zone.

The impact would be primarily on at least 19 states: the ones that have not gotten involved with the federal program on a local level. "All of a sudden their subsidies disappear," said Sheiner, "that means health insurance becomes very expensive and many will begin to drop out because they can no longer afford it."

The ACA also states that federally subsidized insurers cannot charge premiums to people with pre-existing conditions. Without subsidies, ACA coverage in those 19-plus states would only have cost benefits for a minority of high hospital spenders (sick people). The insurers, in turn, could be forced to charge higher premiums to stay in business... and the experiment fails.

Trish Riley, executive director of the National Academy for State Health Policy, spoke to DOTmed News about how states can prepare for a ruling against the ACA. "New Hampshire is trying to get a bill through that would designate the federal marketplace as their exchange," said Riley; a move that could effectively return them to the ACA status quo.

While political opposition to federal insurance is extremely strong in some states, Riley said those states might not be as vehemently opposed to their own locally-operated programs.

Sheiner cites two primary reasons why the courts should rule in favor of the Affordable Care Act. First, "It makes no sense for subsidies only to be available in states that set up their own exchanges."

And second, supposing that somehow was the ACA's intention, "It is not OK to hide buyer consequence from states," said Sheiner. If the Supreme Court rules that subsidies were only for active participants then ambiguity in those five words could be interpreted as coercion.

Among those vying for a ruling against the ACA is Charlotte Hays of the Independent Women's Forum, who wrote in a statement, "By ruling against the IRS and enforcing the law as written, the Court can restore Americans' faith in government and in our ability to tackle the problems in our health care system the right way. Laws should be written by the people and their elected officials, not the IRS."

The oral arguments found Justice Anthony Kennedy and Chief Justice John Roberts at the center of attention. Regarded as swing votes, Roberts was mostly quiet, while Kennedy questioned whether the plaintiff's interpretation of the ACA was even constitutional.

If the ACA wins then all states will continue to earn subsidies. A final decision is not expected until June.