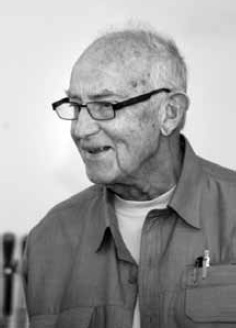 From the January/February issue of HealthCare Business News magazine
It is hard to believe that the gold standard for treating lymphedema, a condition that occurs when extra lymph fluid builds up in tissues and causes mild to severe swelling, was not developed by a doctor. Emil Vodder, the man who pioneered and standardized the treatment method, was not a licensed medical physician. And yet, in most writings that describe his work and legacy, he is referred to as Dr. Vodder. In all fairness to his admirers — Vodder got very close to obtaining his medical degree, and he did hold a doctorate in art history from Belgium’s University of Bruxelles.

Vodder was born in Copenhagen, Denmark on February 20, 1896. Growing up, he enjoyed learning art history, various languages, and music. While attending the University of Copenhagen, he studied biology and botany, courses that set him on a path to pursue a career in medicine. But just as Vodder was nearing the end of his medical school coursework, he contracted malaria. Although he recuperated, he was not admitted to finish his medical studies. Still, Vodder continued to educate himself about one particular aspect of physiology — the lymphatic system. He read all the research he could find about the mysterious “clear water,” as scientists referred to lymph liquid for centuries.

Vodder married a woman named Estrid, who practiced naturopathetic medicine. Together, they moved to the French Riviera in 1929 and worked as masseurs at a clinic. The clinic’s clientele mostly consisted of vacationers from England looking for relief from chronic colds in the sunny region. Vodder noticed that many of his clients had swollen lymph nodes. Based on what he gathered from his research on the lymphatic system, Vodder figured out that his clients’ suffering was connected to the congestion of their swollen lymph nodes. He believed that by applying the right amount of pressure in a set of specific motions directly onto the lymph nodes, he could relieve the congestion and thus bring relief to his clients. Vodder’s hypothesis seemed bizarre to other practitioners, and testing it was considered taboo. Because so little was known about the lymphatic system at the time, clinicians, much less masseurs, were afraid to touch or disturb the lymph nodes in any way.

Despite the medical community’s discomfort with this method, Vodder methodically practiced his technique at the clinic. Over the years, he perfected the practice and helped many people find relief.

In 1933, Vodder and his wife moved to Paris, where he continued to study the lymphatic system. But it would be a while before Vodder’s hard work got the recognition it deserved. “I discovered my method too early,” Vodder said at the time. “No one understands me.” Indeed, it was not until the 1950s that clinicians actually began to take his method seriously.

It was then that a German physician named Dr. Johannes Asdonk saw the validity of Vodder’s technique and provided the first set of indications for lymphedemas, as they are known today. Soon after, Vodder met a massage therapist, author, and educator named Günther Wittlinger, who helped to further popularize the method throughout Europe. In 1967, Dr. Asdonk, Wittlinger, and Vodder founded the Association of Dr. Vodder’s Manual Lymph Drainage, which is still active today.

Vodder’s technique began to spread. The method was taught to therapists and educators, making its way into the classrooms of medical students. In 1972, it was introduced in the United States at a conference in New York. That same year, a Dr. Vodder training center was established in Austria. Vodder’s method has since grown into a widely used and reimbursable physical therapy technique.

Vodder died on February 17, 1986, just days shy of his 90th birthday. Although the treatment he developed is officially known as Manual Lymph Drainage, to this day, it is often simply referred to as “the Vodder Method.”