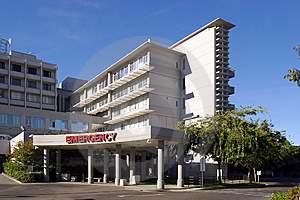 In fact, the two systems seem happy to work together for the greater good — at least for now.

"Many community health centers work in partnership with hospitals to direct patients with non-emergent conditions away from the ERs to the health center," Amy Simmons Farber, director of communications for the National Association of Community Health Centers (NACHC), told DOTmed News. "Health centers reduce preventable hospitalizations and ER use among low-income and uninsured populations and save the health care system over $24 billion annually."

When it comes to hospitals and community health centers, there is "absolutely no competition," according to Jan Emerson-Shea, vice president, external affairs, California Hospital Association.

"It's not us vs. them," she told DOTmed News. "We all have a role in the health care system."

As far as directing patients to one system over the other, nothing will change, according to Farber. The focus with health centers has been and always will be treating people before they are sick with an illness that requires costly hospital care, she said. Health centers do this by offering affordable and accessible primary care with a range of services that can include pharmacy, pediatrics, dentistry, OB-GYN, and behavioral health — all under one roof.

"When people have access to an affordable and accessible 'health care home', they use it and stay healthy," Farber says.

Health centers now serve over 22 million people nationwide in 9,000 communities and stand ready to serve more as health reform implementation moves forward, according to the NACHC.

Hospitals and community health centers are in the same orbit in the health care system, according to Kenneth E. Raske, president of the Greater New York Hospital Association.