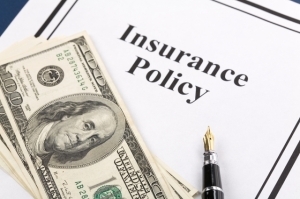 Enrollees in the new health care marketplaces, which are part of the Patient Protection and Affordable Care Act, will not be a sickly group that will boost rates, according to a new study from the Robert Wood Johnson Foundation. In fact, they’re similar in health — or healthier — compared with those who get insurance through their employers.

Exchange enrollees are less likely to smoke, be obese or have high blood pressure than those on employee health insurance. They also tend to be younger.

“In a way, public programs are already taking care of the people who are the worst off,” study author John Holahan told DOTmed News. “So we’re left with a pool of people who are reasonably healthy.”

Another concern surrounding rates under the Affordable Care Act is that young people will be burdened with higher rates because under the law, rates cannot be more than three times higher for older people than for younger people.

A separate Robert Wood Johnson Foundation study found that when subsidies and other provisions of the ACA are taken into account, the law would have a very small impact on out-of-pocket costs for young enrollees. For example, many of the 10 million uninsured 21 to 27-year-olds will have the option of joining their parents’ employee-based health care plan.

Holahan also notes that while rates will rise for that group, it’s generally from a low starting place.

“There are all of these scare stories about how much rates will increase, but compared to what? What kind of package do they have now?” he said. “And even when rates go up, that doesn’t mean the competition won’t bring about reasonably competitive premiums for most people.”

Instead of “rate shock,” enrollees in New York State, at least, can expect to see their rates drop by at least 50 percent next year.

New York state individual health care premiums are among the highest in the country, with enrollees paying as much as $1,000 a month or more. Insurers in New York could not turn down applicants because of a pre-existing condition, driving the sick to sign up and the healthy to stay away.

Now, individuals will be able to shop for health insurance plans that cost as little as $308 a month through the new marketplace, the New York Times reported. Low-income buyers can expect to pay even less if they qualify for federal subsidies.

While good news for New Yorkers, Holahan said the state’s experience would likely be unique because of its particularly high rates.