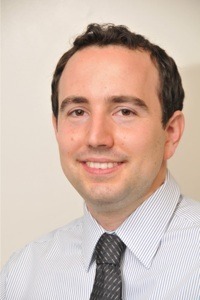 Study co-author Tal Gross
Opponents of health care reform often argue that the act will lead to job losses. New research from Columbia University suggests as much — but not in the way one might think.

Researchers predict that between 500,000 and 900,000 Americans may voluntarily elect to stop working as a result of the Affordable Care Act. Paper co-author Tal Gross, Ph.D., calls the phenomenon "employment lock".

"The U.S. is unique in the developed world in how tightly linked employment is to health insurance," Gross told DOTmed News. "Employment lock happens when people can only find affordable insurance through their employer."

When such workers are given access to another option, they might leave the labor market, Gross said.

The study started by looking at the situation almost in reverse. In 2005, Tennessee abruptly ended the Medicaid expansion it had started in 1994. The 170,000 people who lost coverage were largely single, childless adults with incomes slightly higher than the federal poverty line — the same group the Affordable Care Act is expected to impact most.

Data shows that after the drop-off in coverage, more than half of those affected went on to find insurance through an employer. There was also a boost in online searches for "job openings" in the area.

The researchers think the ACA will likely impact the job market in the opposite way.

While the data did not perfectly align age and likelihood of re-entering the job market, Gross said that in Tennessee people between the ages of 40 and 64 were more likely to enter the labor market once they lost public coverage. Gross predicts that the ACA will affect a similar age group, and will probably vary among the states based on their Medicaid status and other factors.

He notes that while caution should be exercised when extrapolating from the Tennessee experience, the data does suggest that the ACA will make an impact on the job market.

"I think the primary takeaway point is in the idea that employment lock exists," said Gross. "The ACA is then likely to affect the labor market and the employment rate in particular."