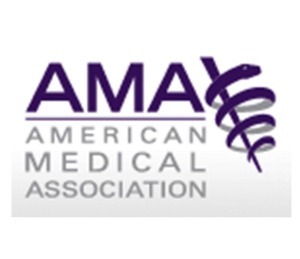 AMA leads the call against Red Flags
rule application to doctors
Twenty-six medical associations have filed a motion to intervene in the case of American Medical Association et al. v. Federal Trade Commission. The societies argue that they should be added as plaintiffs, as they all have "...a significant legal interest in the issues to be decided in this case and their interests will not be represented adequately by the existing parties."

The motion to intervene states that the current plaintiff medical societies' request for relief covers only themselves, their members, and members of state medical societies. Since the majority of the intervening societies are not members of the group, but all are physicians, they seek to join the suit in order to be included in a declaration that the Red Flags Rule does not apply to themselves, their members, and all physicians and their medical practice groups.

As reported by DOTmed, the Federal Trade Commission (FTC) has engaged in a joint stipulation with plaintiffs American Medical Association (AMA), American Osteopathic Association and the Medical Society for the District of Columbia to delay enforcement of its Red Flags Rule against physician members of the plaintiff medical associations and state medical associations. The delay will continue until 90 days after a decision is handed down from another Red Flags case, American Bar Association vs. FTC. That case is currently under consideration by the United States Court of Appeals for the District of Columbia Circuit. The AMA case will also be in abeyance until that decision.

The AMA's lawsuit argues that physicians who do not require immediate payment upon services of care do not fit the Fair and Accurate Credit Transactions Act of 2003 (FACTA) definition of "creditor." Doctors say they are not in the business of providing credit to customers. The plaintiffs say that therefore they should not be subject to the enforcement of the Red Flags Rule. The FTC has previously that it would delay enforcement of the Rule overall until the end of the year. The overall delay is due to the request of members of Congress as they consider legislation with impact upon the scope of the rule.

The Red Flags Rule requires creditors and financial institutions to adopt programs that prevent identity theft, as mandated by the Fair and Accurate Credit Transactions Act of 2003 (FACTA). FACTA's definition of "creditor" includes any entity that extends credit on a regular basis or arranges for others to do so and all entities that regularly permit deferred payments for goods or services. Since its implementation, a swirl of controversy has erupted concerning the applicable scope of the rule, particularly for health care professionals who may accept delayed or partial payment.
1(current)
2