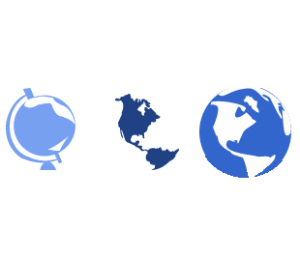 Traveling around the U.S., buying monitoring equipment from hospitals and then upgrading it, is what drives Jason Eden's creative engine.

Eden, who owns Bio Basics Global, Park Hills, MO, says there is a surplus of medical monitoring systems, "which is just sitting in hospitals and has never been used.

"The majority of the time, our refurbished equipment comes out perfectly," says Eden, whose company joined the ranks of DOTMed Certified dealers this year.

His line of equipment includes defibrillators, endoscopy equipment--anything that would be used to monitor a patient, he says.

The majority of Eden's customers are veterinarians, private-practice physicians, and some smaller hospital administrators, who are quick to understand that the five-to-10-year-old equipment Eden refurbishes performs equally as well as the newer equipment on the market--and can be had for a quarter of the price.

"Just about anyone in a private practice does not mind using older equipment that does the same thing as newer models, while most of the larger hospitals want the latest thing on the market," Eden says.

Eden also markets his wares to clients oversees and credits DOTmed for introducing him to these newer customers in such countries as Russia, Poland, Spain, Italy, Canada and China, to name a few.

"These clients are so happy with our equipment," Eden says. "It is more advanced and more economically reasonable than they can get elsewhere."

He notes that overall, sales have slowed in the last six months, due to prices of shipping by both FedEx and freight and also to the fact that the U.S. has arguably fallen into a recession.

"An endoscopy cart weighs 200 pounds so imagine how much it would cost to ship these days?" Eden asks.

Still, the company's inventory has outgrown the Bio Basics' buildings and Eden is in the process of shopping for a site with a lot more room, he says.

My interviews with Kevin Buckley and Tomás León

What does it take to be a strong leader in the imaging department?