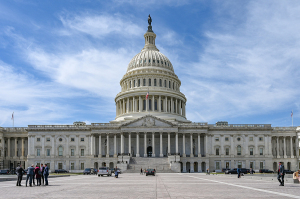 These individuals and companies collect data belonging to millions of Americans and sell it to third-party companies, often without the consent or knowledge of the individuals. Largely unregulated, the practice poses potential risks to patients, including harmful surveillance and exploitation, as well as pervasive tracking, harassment, wrongful discrimination, financial loss, and physical injury.

Named the Health and Location Data Protection Act, the bill would ban data brokers from selling or transferring this information, with exceptions for HIPAA-compliant activities, speech covered under the First Amendment, and validly authorized disclosures. If passed, the Federal Trade Commission would have 180 days to implement it.

“The Health and Location Data Protection Act will ban brokers from selling Americans’ location and health data, rein in giant data brokers, and set some long overdue rules of the road for this $200 billion industry,” said Warren in a statement.

To enforce the law, the FTC, state attorneys general and injured parties would be able to sue companies that unlawfully sold this information. The FTC also would receive $1 billion in funding over the next decade to uphold and enforce the law.

They say that such actions may lead to outing LGBTQ+ people, stalking and harassing, and discriminating against people of color. They also are concerned about the safety of those who visit abortion clinics, as the Supreme Court weighs whether to overturn Roe vs. Wade.

“When abortion is illegal, researching reproductive healthcare online, updating a period-tracking app, or bringing a phone to the doctor’s office all could be used to track and prosecute women across the U.S. It amounts to uterus surveillance,” said Wyden.