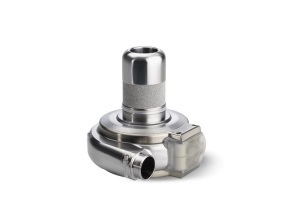 The U.S. House Committee on Oversight and Reform’s Subcommittee on Economic and Consumer Policy has requested information on how the FDA made regulatory decisions related to the HeartWare device by April 5.

Designed to treat severe heart failure, the solution has not met federal standards since as early as 2014. But the FDA took no decisive action even as problems persisted.

By the end of 2020, more than 3,000 reports of deaths related to the device were submitted to the agency, according to ProPublica. One was a father of four whose device stopped suddenly, with his children attempting but failing to resuscitate him. A teenager also died after his pump stopped working. His mother struggled to restart it, while he vomited blood in the middle of the night.

The subcommittee has requested why further action was not taken. “I am concerned by FDA’s slow action, over multiple administrations, to protect patients from this product despite early warning signs,” said Rep. Raja Krishnamoorthi, D-Ill., in a scathing letter Tuesday to the agency’s commissioner, Dr. Robert Califf.

Krishnamoorthi also asked if steps were taken to ensure that patients, doctors and other federal agencies are notified of the problems that the FDA found with the device.

While the agency did not respond to ProPublica’s request for comment, it said that it has carefully overseen the HeartWare device since 2012 and made patient safety its “highest priority”.

But observational clinical comparisons have linked the HVAD system more than other circulatory support devices to adverse neurological incidents, including stroke and mortality. Medtronic also previously issued an Urgent Medical Device Communication to inform physicians that the HVAD pump may experience a delay in restarting or fail to restart after it stops. This can lead to heart conditions worsening and put patients at risk for heart attacks, hospitalization and death.

Medtronic, which acquired HeartWare in 2016, took the device off the market last year after new data showed a competing pump had better outcomes. It said it took the FDA’s inspections seriously and worked with the agency to address any issues with the solution, as well as with stakeholders, including Abbott, developer of the HeartMate 3 LVAD device, to ensure alternative treatment options were available.

While it declined to comment on the subcommittee’s investigation, it wrote on its website, "Medtronic has stopped the distribution and sale of the HVAD™ System as of June 3, 2021, and has notified physicians to cease new implants of the Medtronic HVAD system and transition to an alternative commercial LVAD for all future implants."

Many patients told ProPublica that they were never informed of issues with the pump before or after they were implanted with it. About 2,000 still had it as of last year, with some saying they were not told when it was taken off the market. The FDA and Medtronic recommend against removing the device if not medically necessary because the surgery to do so comes with high risk.

Medtronic also said in December that 90% of U.S. patients received notification of the device’s discontinuation, and that it was still working to reach the other 10%.