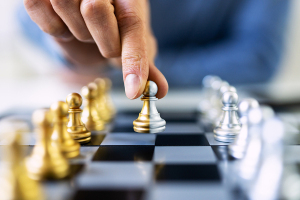 “Together, we will leverage our complementary strengths to innovate and make a positive impact for our communities and their health. We look forward to working with our physicians, team members, patients, health plan members and partners across our state to provide health care and coverage that is accessible, affordable, equitable and exceptional,” said Spectrum Health president and CEO Tina Freese Decker, who has been chosen as the future BHSH System president and CEO.

The two originally announced plans to merge last June and become a healthcare system that can provide greater access to affordable and equitable healthcare and coverage across Michigan. This includes investing in digital technologies and services such as virtual and in-home care and creating a culture that attracts and retains top healthcare professionals to live and work in Michigan.

They originally expected to complete the merger by the fall but this was pushed back to winter, possibly due to a crackdown by the Biden administration on mergers and acquisitions in the U.S., including in healthcare, according to the Detroit Free Press. Both submitted all requested information for federal and state regulatory approval. A review period by the Federal Trade Commission had also expired, allowing the merger to take place.

The organizations have already set up a board of directors and system leadership team for the new system, with seven members appointed from Beaumont and seven from Spectrum. Decker will also serve on the board, along with an additional board member that will be named at a future point.

BHSH System will conduct internal and national searches to fill open and interim roles. It is currently conducting a nationwide search for the president of BHSH Beaumont Health. Beaumont’s current president, John Fox will leave the organization this month.
1(current)
2