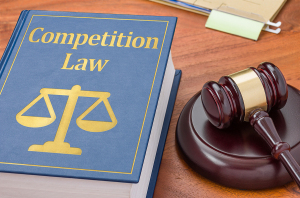 As a result, Saint Francis lost major referrers, particularly for cardiac cases, according to the CT Mirror. “Hartford HealthCare’s acquisition of the physician practices of cardiologists is especially harmful to Saint Francis and Hartford HealthCare’s other hospital competitors. That is because cardiac and cardiac surgery cases are among the most profitable cases for hospitals, and therefore the loss of such cases is especially harmful.”

The suit names 21 physicians whose practices were acquired by Hartford HealthCare over the last four years and nine others who became exclusively affiliated with Hartford HealthCare’s network, which is known as Integrated Care Partners, or ICP.

In the last four years of its acquisitions, Hartford HealthCare allegedly threatened and intimidated physicians who did not comply with its “dictates,” said the 75-page suit. It says that the healthcare system specifically aimed to corner the market for cardiac and orthopedic surgeries and other lucrative areas by forcing doctors to send patients only to its hospitals and by obtaining exclusive rights to robotic equipment, specifically a “Mako” robot used for knee and bone procedures.

Additionally, it says executives were able to grow the healthcare system by intimidating individual physicians, in some cases, to join it by saying “that if the physician did not join Hartford HealthCare, that Hartford HealthCare would recruit a physician to compete specifically against that doctor. In other cases, Hartford HealthCare has threatened specialist physicians with the loss of referrals from its more than 50 employed primary care physicians.” As a result, Hartford Healthcare experienced a 25% increase in growth over the past two years, according to myrecordjournal.com.
1(current)
2