Man indicted over allegations of $2.3 million worth of fraudulent medical billing 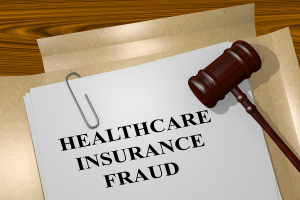 The DOJ announced that Alexander E. Istomin has been charged and indicted for healthcare fraud, mail fraud, and money laundering, arising from over $2.3 million worth of medical billing he is alleged to have submitted in his capacity as a nurse practitioner, to Medicare, Medicaid, and private insurance carriers for services that were never performed.

Since February of 2014, Istomin engaged in a pattern of submitting bills for in-person services at his offices in Rhode Island, New York, and Florida, for service dates in which investigators confirmed that either he, or his patient, were in another state or out of the country.

“According to information presented to the court, no patient services were provided at Istomin’s East Greenwich business, Rhode Island Diagnostic Center, or his New York office. Neither office is equipped to provide patient care. It is alleged that Istomin rented and used the East Greenwich office space in name only for billing purposes and to receive insurance payments made payable to his Rhode Island business”, the DOJ said in a statement.

A doctor profile on ShareCare, a health and wellness website, says Istomin graduated from the Russian-based First Leningrad (AKA St. Petersburg) Medical Institute in 1989, a year later received a medical degree from St. Mary’s Hospital Medical School, and completed unspecified graduate degrees from NYU in 1995, Columbia University College of Physicians and Surgeons in 1996, and Adelphi University in 2005.

A Linkedin profile that appears to belong to Istomin emphasizes his work as an attorney. The page links to the Russian website for his legal practice.

According to Google Translate, Istomin’s legal bio on the website says, “by a special decision of the State Examination Commission, Alexander Evgenievich Istomin was awarded the title of Doctor of Medicine and legalized at the representative office of the Ministry of Foreign Affairs of the Russian Federation in St. Petersburg on June 24, 1996.”