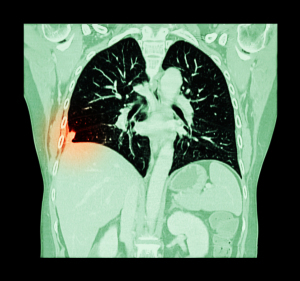 That’s what researchers found among early-stage non-small cell lung cancer patients who put off surgery for more than 12 weeks after diagnosis. "Unfortunately, due to paucity of high-quality evidence, there are no well-recognized guidelines that recommend an ideal or safe interval between lung cancer diagnosis and surgery. This is partly due to the ambiguity in date of diagnosis in previous studies, including our own prior work. This current study uses a uniform definition based on CT scans that show a lesion suspicious for lung cancer," Dr. Varun Puri, a thoracic surgeon and professor of surgery at Washington University School of Medicine in St. Louis and Barnes-Jewish Hospital, told HCB News.

Using de-identified medical records from the U.S. Veterans Health Administration, Puri and his colleagues assessed 9,904 patients who underwent surgery. Most were men and the average age was 67.

All were diagnosed via CT scan, with the majority (70%) having surgery within 12 weeks of their last CT scan, compared to 30% who delayed treatment. Those who received surgery within this time frame, on average, lived 7.5 months longer than those who did not (76.1 months compared to 68.6). Recurrence was found in 4,158 (42%) six years after surgery and was more likely to occur in those who postponed treatment. The risk of recurrence rose modestly for each week treatment was delayed, said the researchers.

Non-small cell lung cancer cases comprise 84% of all lung cancer cases and overall, five-year survival is 25%, according to the American Cancer Society. Delays in treatment have only grown worse with the pandemic, due to the postponement of surgeries.

"While the patient demographics may not be uniformly comparable to the overall U.S. population, the general patterns of lung cancer care and health outcomes are similar between veterans and nonveterans," said first author, Dr. Brendan Heiden, a surgical resident and research fellow at Washington University, in a statement. "This means our findings are very likely to be relevant for the broad population of early-stage lung cancer patients."

Surgical delays were more likely to affect black patients. The researchers plan to assess the link between racial disparities and surgical delays further.

"Since patients with early stage lung cancer, who have the highest likelihood of cure, can be initially diagnosed by primary care physicians, pulmonologists, surgeons, or oncologists, it is important to widely disseminate the findings of this study. We have presented these data to our national society and are also reaching out to bodies that develop guidelines in the field. In addition to these efforts to prompt early referral of patients, lung cancer support groups and the media are equally important in getting this information to patients," said Puri.

The findings were published in JAMA Network Open.