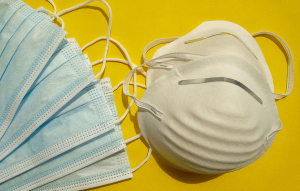 A Mississippi man has been charged in a purported $1.8 million price gouging scheme involving the hoarding of personal protective equipment (PPE), according to a statement released by the Department of Justice (DOJ) last Wednesday.

According to the indictment filed in the Southern District of Mississippi, Mr. Kenneth Bryan Ritchey is alleged to have orchestrated a conspiracy to buy up PPE during the early stages of the pandemic to sell back to healthcare providers at significantly inflated prices. For instance, the indictment alleges that Ritchey sold N95 masks to the VA and other healthcare providers for as much as $25 per mask, despite acquiring them at much lower prices.

Laws against price gouging during periods of emergency have historically fallen under the auspices of state governments to legislate and enforce. However, near the onset of the pandemic, then-president Donald Trump issued an executive order aimed at preventing hoarding of critical healthcare equipment during COVID-19.

Subsequently, the HHS provided notification to the public of a list of categories of medical equipment for which excessive accumulation for the purposes of resale at above prevailing market prices is now unlawful under federal law. This was followed by the DOJ creating the COVID-19 Hoarding and Price Gouging Task Force, which began aggressively investigating and arresting suspected price gougers and confiscating their stockpiles of medical supplies.

This is not the first time Ritchey's business dealings have come under investigation. In 2010 he was president of pharmacy wholesaler Gulf Coast Pharmaceuticals, which lost its license in Oklahoma after being accused of shipping unusually large amounts of pain killers and relaxants to pharmacies licensed by American Indian tribes, according to the Associated Press. The company admitted selling 13.8 million doses of three different drugs to one pharmacy in a six-month period.

Gulf Coast Pharmaceuticals Plus, a separate company later founded under the ownership of Ritchey's wife, received public scrutiny in 2015 after the State of Nebraska Department of Corrections placed an order with the company for pancuronium bromide, the AP also reports. The drug, which is used in lethal injections, was sought amidst a nationwide shortage and calls to end the death penalty within the state.

Throughout the COVID-19 pandemic, price gouging schemes have made headlines. In Tennessee, for example, two brothers set out on a 1,300 mile road trip buying up all the hand sanitizer, respiratory masks and antibacterial wipes they could find with the intention of selling it all at a premium online, the New York Times reported.

In Texas, more than 750,000 medical-grade masks went to the highest bidder on a consumer auction website called Auctions Unlimited, Bloomberg reported. At one time, bottles of Purell hand sanitizer sold on the website for over $40, and a box of 16 respiratory masks went for $170.

Though anti-price gouging laws enjoy overwhelming support by the public and enforcement of them is most commonly viewed as necessary to safeguard resources and curtail unethical behavior, the majority position among top economists may be at odds with this belief.

In 2012, the Initiative on Global Markets (IGM) conducted a poll of 40 expert economists from top ranking universities to gauge their opinion of a new anti-price gauging bill being proposed in the state of Connecticut that would prohibit offering to sell goods for unconscionably excessive prices during a severe weather emergency. Among those pulled, only 8% responded in agreement with the proposed bill. 51% disagreed, and given their varying specialties, when weighted by each expert’s confidence level in their opinion, disagreement with the bill reflected 77% of responses.