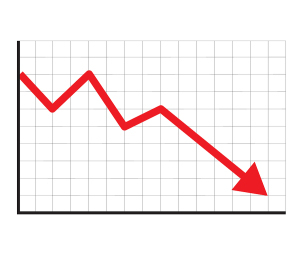 The University of Alabama Medical Center performed over 80% less SPECT myocardial perfusion imaging at the peak of the pandemic.

A retrospective study, however, performed by researchers at the University of Alabama at Birmingham found that the decrease did not create any shift in the rate of abnormal SPECT-MPI findings.

"We hypothesized that due to the highly restricted availability of testing, only high-yield patients will undergo SPECT-MPI, while those expected to be normal would be delayed," the authors wrote. "However, we did not find any statistically or clinically significant increase in the rate of abnormal SPECT-MPI or that of myocardial ischemia during this period."

Exams like SPECT-MPI were postponed in accordance with guidelines issued by both the American Society of Nuclear Cardiology and the Society of Nuclear Medicine and Molecular Imaging during the pandemic, leading to significant restrictions.

Comparing the results of 210 patients who underwent SPECT-MPI in March and April 2020 to those of 1,106 who underwent the exam around the same time in 2019, the researchers found SPECT-MPI volumes at the hospital fell from 553 per month to 105, a decrease of 81%. The proportion of abnormal results, however, only dipped from 31% at the baseline to 27% at the peak.

Virtual and face-to-face visits among those referred had no impact on the likelihood of an abnormal result. Patients referred by cardiologists, however, were twice as likely to have an abnormal result than other provider service referrals, at a rate of 40% to 20%.

"Significantly more studies were performed for symptom evaluation, and [fewer] studies were done for preoperative evaluation, which corresponded to a change in the referral pattern favoring studies referred by cardiology and primary care or internal medicine versus transplant services,” wrote the authors.

The authors conclude that it “remains difficult to predict which patients will have abnormal SPECT-MPI even when providers and stress laboratories are forced to prioritize the performance of studies to high-yield patients."

The findings were published in the European Journal of Nuclear Medicine and Molecular Imaging.

Widening gap between providers and manufacturers in electrophysiology: HRS 2022