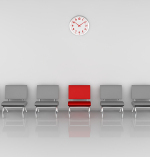 Reducing MR exam no-shows with AI
Radiology departments could reduce the number of no-shows they see for scheduled MR appointments with the help of AI predictive analytics.

At least that’s what researchers at Singapore’s Changi General Hospital found in a study published in September—and they did it using what they described as “only a modest amount of data and basic feature engineering”.

"The ability to track appointment no-shows is not, in itself, useful unless one is able to intervene, which is really where the challenge lies," lead author Dr. Chong Le Roy, senior consultant for the department of diagnostic radiology at Changi General Hospital, told HCB News. "It is only with the recent advent of state-of-the-art machine learning algorithms and ready availability of increased computational power in the last few years that makes it possible to be able to predict and thereby allow us to address such problems with interventions."

Finding an overall no-show rate of 17.4%, the team assessed various machine learning predictive models developed with widely used open-source software tools before finding a decision tree-based ensemble algorithm that used a gradient boosting framework, XGBoost, version 0.8. They then implemented telephone call reminders over a six-month period for patients whom the model predicted were among the top 25% highest risk for not showing up to their MR appointments.

Following those six months, the no-show rate of the predictive model was 15.9%, compared to 19.3% over the previous year, corresponding to a 17.2% improvement from the baseline no-show rate.

"General radiology subspecialties providing high-volume imaging services utilizing advanced imaging modalities such as magnetic resonance imaging, CT and ultrasound scans where there is a large proportion of ambulant outpatients, patients with chronic nonlife-threatening ailments, and routine screening would benefit the most from reducing no-show rates," said Le Roy. "Some examples include musculoskeletal imaging for common internal derangements of various joints, spine imaging for cervical/low back pain and breast screening imaging."