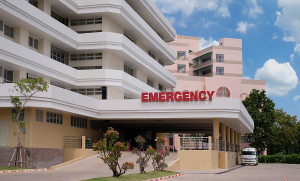 That’s what a team of U.S. researchers found after reviewing patterns of stroke and mini-stroke admissions, as well as ED stroke alerts, from 2020 and 2019. Many patients are believed to have avoided going to the hospital for care out of fear of catching SARS-CoV-2, the virus that causes COVID-19. This can put them at risk for some neurological deficit associated with that, as well as post-stroke complications, including fatigue, depression, anxiety, and cognitive impairment.

“I think one of the bigger concerns is that with strokes and mini-stroke, the highest risk of recurrence is in the first couple of weeks or months after that initial event,” Dr. Malveeka Sharma, vascular neurologist at the University of Washington, told HCB News. “Our goal in treating someone during that first event is to get them rehabilitated but then also do our best to prevent another event from happening, which could potentially be more disabling.”

Sharma and her colleague, Hugo Javier Aparicio, an assistant professor of neurology at Boston University School of Medicine, compared total weekly hospital admissions, including transfers, for stroke or TIA between December 2018 and April 2019, and between December 2019 and April 2020 at five U.S. specialist stroke centers in Boston, New York City, Providence and Seattle — cities with early COVID-19 outbreaks. They also examined available data on emergency department stroke alerts, which were defined as a stroke team notification of an ED patient with stroke-like symptoms within 24 hours of arrival; stroke severity; and time from symptom start to arrival at hospital.

Stroke alert data at three of five stroke centers in both years showed ED stroke alerts in late March and April 2020 dropped to 301 compared to 561 in 2019, a decrease of 46%. No differences were found in the time between the start of symptoms and arrival at hospitals.

“I think it’s really just making sure we’re sticking to our message and doing our best to make sure the general public is getting it, that these are very serious conditions that can lead to disabilities,” said Sharma.

The researchers acknowledge that their findings may not be representative of smaller community or rural hospitals.

The findings were published in Stroke and Vascular Neurology.