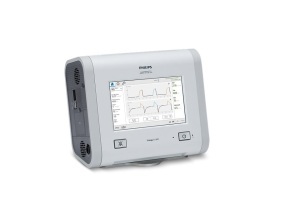 A House subcommittee says the Trump administration overpaid Philips as much as $500 million for more than 40,000 Trilogy EV300 ventilators (Photo courtesy of Philips).
House Democrats lashed out at the Trump administration Friday, following a subcommittee investigation suggesting it overspent as much as $500 million in taxpayer dollars for thousands of ventilators to address the COVID-19 pandemic.

The Subcommittee on Economic and Consumer Policy, which falls under the House Committee on Oversight and Reform, found that the White House agreed to pay Philips’ Respironics division $15,000 a piece for 42,900 Trilogy EV300 ventilators — almost five times the price of a previous Obama-era contract for the purchase of 10,000 Trilogy Evo Universal ventilators at a cost of $3,280 per unit.

“These documents indicate that before and during the pandemic, inept contract management and incompetent negotiating by the Trump administration denied the country the ventilators it needed,” said the subcommittee in a staff report. “The administration effectively disabled an Obama-era contract with Philips for ventilators and then struck a second contract with the company in which the administration overpaid for nearly identical ventilators by as much as $500 million. These are funds that could have been used for personal protective equipment (PPE) and critical medical supplies that were in short supply across the country.”

The contract under Obama was made back in 2014 and initially aimed to add 10,000 ventilators to the emergency stockpile by June 2019. This deadline was later extended by Obama before he left office to November 2019.

Philips, however, never delivered the devices, instead producing commercial versions (Trilogy EV300s) of the ventilators (Trilogy Evo Universals) at its factory outside of Pittsburgh and selling them at higher prices overseas, reported ProPublica. The Trump administration pushed the delivery deadline for the 2014 order back three more times, with the last one delaying delivery to June 2021.

Upon confirmation of the first U.S. case of coronavirus on January 21, Philips sent an email to the Centers for Disease Control and Prevention, in which it offered to accelerate delivery under the 2014 contract. The Trump administration did not respond to the proposal until March 2020, only to agree to another extension that would push back delivery to September 2022. Philips obtained the extension by suggesting that it would help speed up delivery, according to the report.
1(current)
2