What do women really know about breast density? 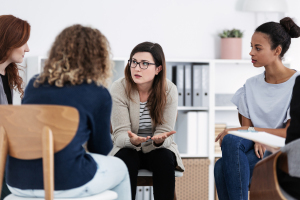 From the July 2020 issue of HealthCare Business News magazine

In a qualitative study, a team of scientists at Dartmouth and Dartmouth-Hitchcock's Norris Cotton Cancer Center and the Breast Cancer Surveillance Consortium led by Karen Schifferdecker, Ph.D., MPH, and Anna Tosteson, Sc.D., sought to explore women's knowledge and perceptions of breast density and experiences of breast cancer screening across three states with and without notification laws.

HealthCare Business News spoke to Schifferdecker to learn more about their research, and what their findings mean for healthcare providers.

HCB News: What were some of the key findings from your research?
Karen Schifferdecker: The subtitle of our study, “In Search of Informed”, really sums up what we heard from the 47 women in our study, in that they are not well informed about breast density, either in general or in relation to their own personal risk. A number of the women had heard of the term “dense breasts” or the idea that breasts could be dense, but when we talked about it with them, a number of them really didn’t know what having dense breast meant. This was a bit surprising since we recruited women who we knew had dense breasts based on data in the Breast Cancer Surveillance Consortium registries.

Also, most of the women lived in states with density notification laws. Even with this, we found only about half of women knew they had dense breasts. Also, only one of the 47 women described higher breast density as an independent risk factor for breast cancer, and none of them described receiving any educational materials about it aside from what little information is sometimes included in a notification letter after a mammogram. We also found quite a bit of confusion about different screening options and that women had a lot of questions about screening and breast density.

HCB News: Which states did you look at, and why did you choose them? How were the state-by-state findings different?
KS: We conducted our focus groups in three states, North Carolina, California, and Washington, which all have breast imaging registries that are part of the Breast Cancer Surveillance Consortium or the BCSC. The BCSC is a network of several breast imaging registries located across the United States. We wanted to recruit women who had dense breasts, whether they knew it or not, and we were able to do that through the registries because they know which women have dense breasts based on recent mammograms. The other reason we chose those three states is that they had different laws about breast density notifications at the time we did the focus groups. So at the time, North Carolina had the most comprehensive law about what information they needed to send women after a mammogram, California had a law to provide information, but it was more limited than North Carolina, and Washington did not have a law at the time.
1(current)
2
3