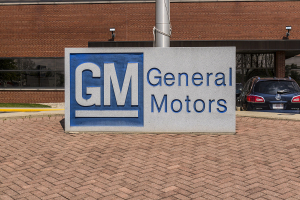 The multinational corporation, which has partnered with Ventec Life Systems to produce the critically needed device, signed a contract this week with the U.S. government for the 30,000. It is the first agreement for ventilators to be signed following President Donald J. Trump’s decision last month to invoke the Defense Production Act, according to CNBC.

“GM is proud to deploy its purchasing and manufacturing capability alongside the respiratory care expertise of Ventec,” said GM in a statement. “We remain dedicated to working with the Administration to ensure American innovation and manufacturing meet the needs of the country during this global pandemic.”

GM was initially expected to produce 80,000 ventilators for $1 billion. Trump, however, backed off from providing this amount and criticized the automaker for wanting what he described as “top dollar” to produce the devices. He also originally expected 20,000 over a three-week period, out of the 80,000 in total. This number was downgraded to 7,500, and then 5,000, due to a lack of familiarity on GM’s part in ventilator manufacturing.

"General Motors MUST immediately open their stupidly abandoned Lordstown plant in Ohio, or some other plant, and START MAKING VENTILATORS, NOW!!!!!! FORD, GET GOING ON VENTILATORS, FAST!!!!!!" he tweeted at the time. "They said they were going to give us 40,000 much needed ventilators, 'very quickly'. Now they are saying it will only be 6000, in late April, and they want top dollar."

Under the terms of this week’s deal, the first 6,132 ventilators will be delivered to the government by June 1, with the rest completed and added to the national stockpile by the end of August. Each will cost up to $16,000, a decrease from the market price of at least $50,000 that New York Governor Andrew Cuomo referenced last week in a news conference, reported CNBC.

Shares for GM rose 1.8% during premarket trading but its stock is down 41.8% this year. GM says it will not profit from the contract.

Like GM, Dutch manufacturer Philips recently struck up a ventilator deal with the U.S. government, promising 43,000 units by the third quarter of 2020 in exchange for $646.7 million.

Other companies are also lending their support to build up ventilator supplies worldwide and help providers treat COVID-19 patients. Tesla for instance recently shipped FDA-approved ventilators free of charge to the U.S. for use in hospitals, and has pledged to reopen its New York facility to begin production on more.

"Device and shipping costs are free,” CEO Elon Musk tweeted last Thursday. “Only requirement is that the vents are needed immediately for patients, not stored in a warehouse. Please contact me or @Tesla now.”

Production by GM is expected to begin next week.