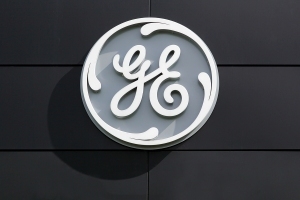 GE had a good 2019 Q4, selling assets and cutting debt, its CEO Larry Culp said when reporting earnings this week.

But the outlook is also linked to the future of the Boeing 737 Max situation, as it supplies components to that company. It stated that it "continues to work closely with Boeing to ensure the safe return to service of the 737 Max."

Healthcare was a bright spot, as well. “This year, Healthcare Systems grew revenue 1 percent organically, and we expect low to mid-single-digit growth going forward. We'll do this through targeted increases in R&D and prioritizing programs with the highest returns, as well as better execution on our safety, quality, delivery and cost reduction efforts,” Culp said on the call.

Analyst Andrew Obin from Bank of America went over from neutral to the bull side, rating GE a buy — with a $16 stock-price target — thanks to the better trend for free cash flow, calling the latest FCF guidance “materially higher” than his own $1.8 billion forecast.

“GE’s turnaround will likely have ups and downs, but [the] company is making progress on key FCF drivers,” Obin wrote in his note to clients, according to MarketWatch.

Culp took over as GE chairman and CEO in October, 2018, replacing John Flannery, who lasted barely a year in the top spot.

“GE remains a fundamentally strong company with great businesses and tremendous talent,” said Culp at the time, adding that he and leadership “remain committed to strengthening the balance sheet, including deleveraging.”

Since taking control, Culp has guided GE through deleveraging of debt and sales of assets, including selling Danaher GE's biopharmaceutical business in a $21.4 billion all-cash deal in February, 2019.

During the GE Q4 call, Culp advised that the deal should close this year, in fact, stating that, “in 2020, we expect to close BioPharma for about $20 billion of net proceeds and achieve our leverage target of less than 2.5x.”

He also ran through other efforts to cut debt, including a $7 billion debt reduction at GE Capital, and about $12 billion of asset reductions in 2019, for a 2-year total of $27 billion.

“Our deleveraging progress will allow us to focus more of our time and energy executing on our other priority, which is strengthening our businesses,” he said.

Facilities must expand testing capacity over 200% before resuming elective procedures