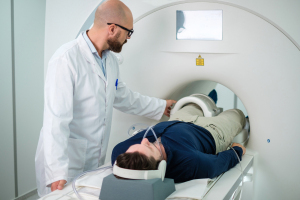 That’s the conclusion of the 2019 MR Market Outlook Report published by IMV Medical Information Division, a market research firm for the medical imaging and clinical diagnostic instruments markets. The report indicates that MR procedures rose from 39 million in 2018, reversing a nationwide slowdown in such growth that has taken place since 2004.

“They’re increasingly using MR in radiation therapy as a particular modality for treatment planning purposes,” Lorna Young, senior director of market research at IMV, told HCB News. “Then there are other things like cardiac MR and prostate MR which are very popular. With prostate, the volume of it is very small, but it’s increasingly being used. MR also doesn’t have radiation per se, like CT or X-ray.”

Initially increasing at an average annual rate of 15 percent from 1998 to 2003, MR procedures slowed by a 4 percent annual rate between 2004 and 2016. It then dipped by 8 percent to $36 million in 2017, with the report attributing a possible cause as the growing usage of appropriate use criteria (AUC) for ordering MR procedures.

Another contributor may have been a change in the reporting policy of CMS, which passed the Protecting Access to Medicare Act (PAMA) in 2014. Under PAMA, physicians must use a clinical decision support system for ordering studies pertaining to MR, CT, PET and nuclear medicine, to ensure the appropriate use of imaging resources and to curb overutilization.

Almost two-thirds of the 405 radiology and MR administrator respondents who participated in the IMV survey predict that procedure volume will increase in 2020. Part of this, according to Young, can be attributed to new applications for MR, such as prostate visualization, as well as its role in treatment planning and ability to show differences in water content of various tissues.

The findings of the report indicate a relatively stable MR market over the next three years, with 27 percent of all MR sites planning to purchase a fixed MR system, and an additional 26 percent reporting that they might. Planning for all these sites together has been relatively consistent at 53 to 57 percent.