Steris Corporation Board of Directors Names President and CEO 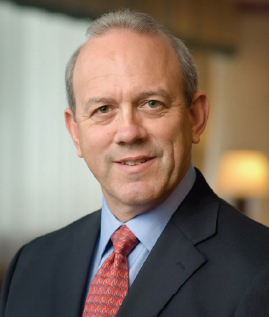 Walter M. Rosebrough Jr.
has spent more than
20 years in the
healthcare industry in
a series of senior
management positions.
Mentor, Ohio - STERIS Corporation (NYSE: STE) announced that its Board of Directors has named Walter M. Rosebrough Jr., 53, president and chief executive officer, effective October 1, 2007, and has elected Mr. Rosebrough to the Company's Board effective that date. As announced previously, Les C. Vinney, 58, STERIS's president and chief executive officer since July 2000, will transition from this role on October 1, 2007 and thereafter continue to serve as a special advisor to the Company until his retirement in 2009.

"We are pleased with the addition of Walt to our leadership team. He is passionate about the healthcare industry and his 20-plus years of broad operational experience, in combination with his energy, enthusiasm and long track record of success provide great confidence to the Board that he is the right person to lead STERIS," commented John P. Wareham, chairman of the STERIS Board of Directors.