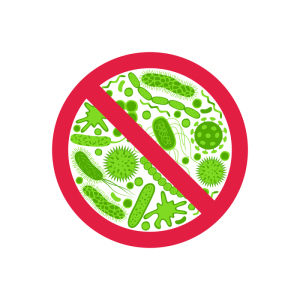 Hospitals in the U.S. have an expensive – and deadly – problem. Multi-drug-resistant organisms (MDROs), or superbugs, are common bacteria that have developed a resistance to multiple types of antibiotics, and hospitals across the country are having difficulty identifying, tracking, and treating them.

The Centers for Disease Control and Prevention (CDC) estimates that in the U.S. alone we face two million illnesses and 23,000 deaths annually, all attributable to MDROs. The cost for managing these hospital-acquired infections, that have so far been reported in nearly every state? More than $20 billion annually.

What’s worse, according to the CDC, it appears as though the superbug issue is only in its infancy. Superbugs are projected to be a bigger killer than cancer by 2050, causing 10 million deaths annually, and further emphasizing the critical need for the development of improved treatment programs. The CDC itself recently announced the U.S. government’s Antimicrobial Resistance (AMR) Challenge, a yearlong effort to accelerate the fight against antimicrobial resistance across the globe, showcasing the immediate concern for this looming healthcare issue. But much work still remains.

A biotech-powered solution?
Sadly, the pipeline for new antibiotic drugs that can combat MDROs is limited. With the lack of new therapeutics and the growing need to protect the efficacy of existing antibiotics, an important weapon in combating superbugs is rapid detection. Rapid molecular technologies for MDRO testing could help identify bacterial infections and guide appropriate patient management decisions earlier, improve infection control programs, and provide hospitals with faster and more targeted antibiotic response that improves patient outcomes and saves money.