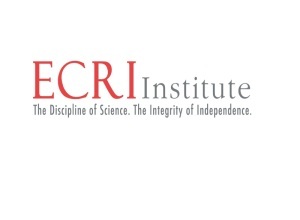 ECRI Institute is set to launch a
website for clinical practice guidance to
replace the NGC site which shut
down this month
Clinicians angered over the shutdown of the National Guideline Clearinghouse (NGC) website can take comfort and guidance from ECRI Institute which has announced its intention to continue the work of the now defunct government-owned resource.

The independent nonprofit plans to fill the virtual void left by the NGC with the construction of its own website as a centralized source for properly-vetted, evidence-based information on clinical practice guidelines.

“We believe that it is important to provide the health care community with a curated repository of guideline recommendations based on evidence and developed using current best practices,” Karen Schoelles M.D., SM, FACP, director of the ECRI Institute-Penn Medicine Evidence-based Practice Center and director of ECRI Institute HTA Consulting Service, told HCB News. “We hope to encourage those who develop guidelines to maintain high standards and to disseminate evidence-based practices to a global audience.”

Formed in 1998, NGC was the product of a partnership between the Agency for Healthcare Research and Quality (AHRQ), the American Medical Association and the American Association of Health Plans, now known as America's Health Insurance Plans. The partnership dissolved in 2002 with the contract for NGC remaining valid until its expiration on July 16, 2018.

Due to congressional cuts in AHRQ’s budget over the past few years, the agency was forced to prioritize investigator-initiated research over other resources, including NGC, leading to a lack of funding needed to continue it.

Under the ECRI Institute, the new site will be laid out in two phases with the first enabling users to search and retrieve ECRI summarizations of clinical guidelines from hundreds of participating guideline developers. Unbiased evaluations on the rigor and transparency of guidelines will be included and based on the standards of trustworthiness outlined by the National Academy of Medicine, formerly known as the Institute of Medicine.

The second phase will offer advanced search capabilities and an enhanced user interface along with support for guideline implementation and decision-making.

In addition, participating guideline developers will be able to access and contribute to the website for free.

“We plan to streamline the content to make it more user-friendly,” said Schoelles. “We are in the process of developing the site now that our contract has ended, so stay tuned for specifics. We certainly intend to incorporate suggestions from our users and stakeholders.”

An interim site by ECRI Institute is set to debut this fall. Additional features will be integrated over time.