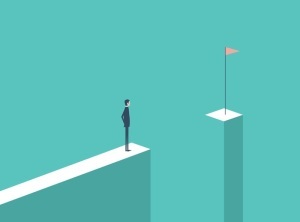 Dr. Bryan Vartabedian is the director of community medicine at Texas Children's Hospital.

In addition to shaping the country's first longitudinal curriculum for digital communication in undergraduate medical education, his blog, 33 charts, has evolved as a hotspot for dialogue around doctors and technology. HealthCare Business News spoke with him about how different generations of clinicians handle communication technologies.

"When I first went into practice, I was in a small office by myself working on paper and really, the only person who saw my notes was me," he says.

Sharing notes required requests and copies. It was a process. With the rise of the EHR, portability has gone up, as has accountability.

"I work in a large hospital system now, so people can see my notes at a click. There are far more people reading what I'm composing now," he says.

According to Vartabedian, although doctors frequently complain about EHRs being a problem, even if the brightest minds in Silicon Valley were to design the perfect EHR, the mid-career physicians would still be miserable. He believes physician dissatisfaction is not a design problem, but rather a regulation problem.

Yet it seems that it may not be much of a problem for up-and-coming physicians.

"It's an interesting [phenomenon]. Texas Children's Hospital has the largest pediatric residency in the U.S. and if you were to survey our 129 residents, all in their mid-20s, you likely wouldn't hear a complaint about our EHR," he says.

The key, he believes, is that the younger generation was raised understanding how to navigate a screen and keyboard interface while working.

"I remember maybe five years ago, we had the first residents who had never held a paper chart before. That was kind of a revolutionary turn in my mind," he says.

Millennials aren't challenge-free when it comes to digital communications. That's why Vartabedian created his digital communications curriculum for med students. He explains that it was initially created as a course on how to use social media, but evolved to include the broader issues that doctors face with technology.

"When we think about how we interface with technology, whether EHR or communication technology like social media, there's really very little training that takes place between medical school and residency that helps medical students and post-graduate trainees navigate life with technology," he says.

One of the challenges facing physicians is the balanced use of the EHR with face-to-face patient interaction. While there's a tendency to blame technology for the failure to connect, Vartabedian thinks that thinking more intentionally about our clinic interactions would solve some of the issues.
1(current)
2