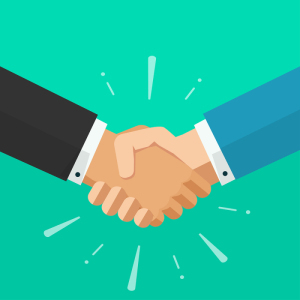 Varian Medical Systems and Elekta have resolved their multi-year dispute and arrived at a confidential settlement agreement.

This ends their ongoing patent litigation “involving technology used for radiation oncology and the treatment of cancer,” Varian said in a statement.

The resolution, which includes the suit brought by Elekta AB and William Beaumont Hospital, includes “no payments exchanged by the plaintiffs and defendants and no future financial obligations,” according to Varian.

In June, 2015, Sweden-based Elekta and William Beaumont Hospital in Michigan sued Varian over alleged infringements of patents owned by the hospital, and that are licensed to Elekta.

The lawsuit was filed in U.S. District Court for the Eastern District of Michigan.

“Elekta Ltd. is the exclusive licensee of William Beaumont Hospital for the Patents-in-Suit,” wrote Gert van Santen, an Elekta spokesman, in an email to HCB News at that time. “We decided to sue Varian because we want to defend our assets.”

Varian disputed the claim. Meryl Ginsberg, a spokeswoman for the Palo Alto-based company told HCB News in an email that, “we have our own cone-beam CT technology which we use on our imaging accessories,” adding that, “we will do business as usual and defend ourselves vigorously.”

In September, 2015, Varian had filed its own patent infringement lawsuit.

In November, 2016, an administrative law judge with the U.S. International Trade Commission (USITC) issued an initial determination in favor of Varian on its volumetric-modulated arc therapy (VMAT) patents in litigation with Elekta, according to a statement issued by Varian at that time.

The decision found violations of Section 337 based on Elekta's importation and sale of radiotherapy systems using linear accelerator-based VMAT technology.

Varian had claimed the machines imported by Elekta violated patents, which covered “the design of the machines and the radiation emitters, the methods by which they are used to target tumors, and the control software,” according to Law 360.

Elekta claimed that the patents were “obvious and contain claims that were anticipated by a 1998 patent and two medical journal articles from 2002 and 2003,” and were thus invalid, according to the legal site.

At that time, Varian reported that the law judge recommended that the USITC issue cease-and-desist and limited-exclusion orders preventing Elekta from selling and importing its radiotherapy systems with infringing VMAT capabilities into the U.S.

"We are pleased with the ITC ruling on the validity and infringement of Varian's VMAT patents," said John W. Kuo, Varian senior vice president and general counsel. "We see this as a victory for innovation and cutting edge cancer treatments that can benefit all patients. We look forward to the resolution of this litigation so that all parties can return all of their focus to the mission of developing and providing technology that will help to save the lives of cancer patients."