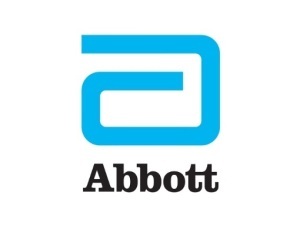 "We continue to deliberately shape our business for long-term success by securing leadership positions in attractive markets and focusing on customer needs," said Abbott's chairman and CEO, Miles D. White, in a statement. He noted that adding St. Jude “creates one of the broadest medical device portfolios in the world.”

The deal boosts Abbott's presence in a number of key sectors, including cardiovascular and neuromodulation patient care, by bringing into the fold St. Jude Medical's assets in atrial fibrillation, heart failure, structural heart, and chronic pain arenas. These combine with Abbott's own assets in coronary interventions and mitral valve disease.

“Together, the company will compete in nearly every area of the $30 billion cardiovascular market and hold the No. 1 or 2 positions across large and high-growth cardiovascular device markets,” according to the release.

It is estimated that the combined cardiovascular and neuromodulation portfolio will hit about $8.7 billion in annual sales.

Plans now call for a number of products to come to market in the next few years. That's important, stressed White, because just having the current best solutions is no longer enough. “Customers today want partners who offer breakthrough technologies along with a broad portfolio of solutions to help them better care for their patients," he stated.

The roughly $25 billion deal first came to light in late April, 2016, as HCB News reported at the time. It was driven by the synergy in the cardiovascular arena, but also had positive positioning impact in diabetes, vision, and neuromodulation patient care products.

"Bringing together these two great companies will create a premier medical device business and immediately advance Abbott's strategic and competitive position," White said at the time.

In October, 2016, Abbott and St. Jude Medical announced a $1.2 billion all-cash deal to sell their vascular closure and electrophysiology businesses to Terumo Corporation.

The transaction depends on the successful completion of Abbott's acquisition of St. Jude Medical and antitrust regulatory approvals. Plans call for the sales to Terumo to happen after the St. Jude Medical-Abbott deal finalizes. If that merger doesn't happen then the Terumo deal would be off, the company stated at the time.
1(current)
2