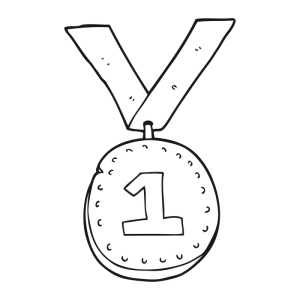 A Dutch team presented results of their research this week concluding that PET is superior to diagnosing obstructive coronary artery disease in patients when compared to CT, SPECT or a combination of imaging tests.

"Ninety percent of what cardiologists do is to evaluate if chest pain is caused by coronary artery disease." Dr. Paul Knaapen, M.D., Ph.D., principal investigator and senior author of the study, as well as interventional cardiologist and researcher at VU University, Amsterdam told HCB News.

"For years I've been going around the globe telling the story that the combination of coronary anatomy obtained with CT and flow measurements with nuclear techniques should provide the best noninvasive diagnostic accuracy for our patients. The biggest surprise is that combination testing is not superior, but that PET as a single modality is significantly more accurate on its own."

In the study, 208 patients with suspected coronary artery disease underwent angiography with pressure measurements of all arteries (FFR), the gold standard protocol. Angiography is an invasive test requiring threading a catheter into the patient's coronary artery to obtain x-rays and to measure arterial pressure. The angiography indicated that 44 percent of the patients showed signs of coronary heart disease.

Patients next received noninvasive PET, SPECT and CCTA as well as combinations of nuclear and CT techniques. The results were that PET was significantly more accurate (85 percent) for diagnosing coronary ischemia compared to SPECT (77 percent) and CCTA (74 percent). CCTA had more false positive findings, where SPECT had more negative findings. The combination of tests did not add to the diagnostic accuracy.

Knaapen said that the cardiologists in attendance at the 2016 European Society of Cardiology where he presented the study this week were "surprised and stunned" at the findings — as was he.

"It makes it credible that I changed my opinion as a result of this study," he said. "But that's science – it helps you to challenge your own beliefs."

According to Knaapen, the study – dubbed PACIFIC – is the first head-to-head comparison ever of the different noninvasive imaging techniques to diagnose heart disease. PACIFIC is a short acronym for a lengthy study title: Prospective Head-to-Head Comparison of Coronary CT Angiography, Myocardial Perfusion SPECT, PET, and Hybrid Imaging for Diagnosis of Ischemic Heart Disease using Fractional Flow Reserve as Index for Functional Severity of Coronary Stenosis.

Knaapen said the PACIFIC study is currently close to publication. He said that this will allow cardiologists around the globe to study the details of the study in more detail to arrive at their own conclusion.

"I think a global debate will be good," Knaapen said. "The results indicate that hybrid imaging appears not as promising as once believed and PET, when available, should be considered the standard method of choice in this particular patient population.”