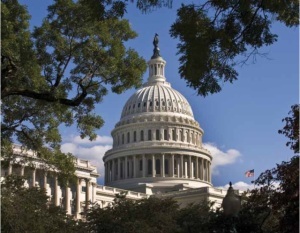 From the March 2014 issue of HealthCare Business News magazine

Congressman Gene Green, a Texas democrat who is the U.S. Representative for Texas’s 29th congressional district, has been a long-time advocate for access to affordable health care. More than 10 years ago, he helped expand federally qualified health centers in his state, particularly in Houston, where he saw the greatest need for health care services due to pockets of low-income, uninsured populations.

“FQHCs are the facts on the ground and they have been for 50 years, but they are not as utilized as they should be,” says Green.

But that is likely to change. FQHCs, or community health centers as they are more generally referred to, will play a greater role as more people gain insurance coverage under the Affordable Care Act, especially for those with Medicaid coverage in states that chose to expand the program. Some states chose to opt out of the law’s Medicaid expansion following the Supreme Court’s ruling allowing them to do so.

The latest national figures find a 19 percent increase in Medicaid applications in states that expanded Medicaid after the ACA went into full effect.

“I think they [community health centers] will continue to serve a lot of Medicaid patients and be there for those who remain uninsured and serve those who become newly insured through exchange products,” says Dr. David Sandman, senior vice president of the New York State Health Foundation.

Community health centers are considered safety net providers. Traditionally, they have served uninsured and underserved populations in the U.S. Whereas a free clinic will be less inclined to care for those who gain insurance — just because they need to make services available to those who need it most — community health centers serve anyone, regardless of their ability to pay or their status with health insurance coverage. In a perfect world, they can also care for uninsured patients who present at emergency rooms for basic care. In fact, some hospitals are already working closely with community health centers to educate patients about health center services and even schedule appointment for them at nearby clinics.

Texas was one of the 21 states that chose not to expand Medicaid. Green isn’t pleased about that for many reasons — one being that he thinks more Medicaid patients would help community health centers in his state.

“If a Medicaid patient comes in they [community health center] get reimbursed extra compared to what a hospital or doctor gets reimbursed — this is to encourage them to be in underserved areas,” says Green.
1(current)
2
3