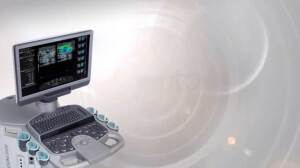 Siemens will unveil its HELX Evolution
system architecture at this year's RSNA
Siemens Healthcare is set to unveil the new system architecture behind its Acuson S family of ultrasound systems at the 99th Scientific Assembly and Annual Meeting of the Radiology Society of North America (RSNA) next week in Chicago.

HELX Evolution, the firm's new systems platform, takes its name from the firm's history, or "DNA," of continued innovation, according to Jeffrey Bundy, CEO of Siemens Ultrasound. It offers features that promise improvements on two major fronts: image quality and user workflow.

For example, the platform's software system, SieStream HD, allows for HD image quality from the transducer to the display monitor and 50 percent greater pixel density for greater resolution, according to the company.

Additionally, the upgraded version comes with new hardware to enable customers to remotely update their firmware, doing away with the need to call someone in on-site.

"It's convenient and allows us to be more flexible when bringing the install base forward," said Bundy.

Bundy compares it to throwing a rock into a pond. "When you see the ripples created by the rock, that represents what you're measuring." In other words, the technology measures the speed with which certain waves move through the tissue — the firmer the tissue is, the faster the waves move.

As DOTmed reported earlier this year, the firm is only one of two manufacturers in the United States (the other being SuperSonic Imagine) to offer acoustic radiation force impulse-powered tissue strain systems.

"The advantage we have and what we're bringing to market is a suite of techniques that's available on multiple transducers," said Bundy.