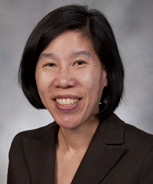 Vivian Ho
Uninsured hospital patients generally shoulder much of the blame for how much hospitals charge their privately insured counterparts. But a new study from Rice University suggests that overlooked factors, such as expensive technology and sicker patient populations, may be the true culprits.

Overall, U.S. health care spending has increased 6.4 percent each year between 1990 and 2011. Researcher Vivian Ho, the chair in health economics at Rice, began her investigation while looking into how Texas pays for uninsured hospital patients, a population often blamed for rising costs, especially by hospital administrators, Ho said.

In her research, Ho was surprised to find that hospitals in Texas receive relatively generous subsidies for self-pay and uninsured patients, contrary to the belief that hospitals suffer financially because of such patients.

In all, Ho's research found no firm evidence to imply that hospitals raised prices in response to lower reimbursement from CMS or from uninsured and self-pay patients.

Two-thirds of the increase in cost of care could not be attributed to decreased reimbursement or to the cost of treating uninsured patients, leading Ho to conclude that factors like expensive technology were likely to blame.

"There was also just a general increase in prices," Ho told DOTmed News. "If you look at this part of the past decade, this was when there was an economic boom going on in this country. Employers were looking at increasing workers. They were willing to pay for more generous health insurance practices, and pay top dollar for the best hospital care." Those same economic good times also lead hospitals to invest in more expensive equipment, she said.

"I haven't seen dramatic increases in hospital quality between 2000 and 2007," she said. "I don't think we're getting good bang for our buck when it comes to this technology."

While this study looked at aggregate costs, she hopes she can tease out the details through further studies, for example by tracking costs at hospitals that have invested in the most expensive technology. She also hopes to gather numbers on what has happened to health care costs since the recession.