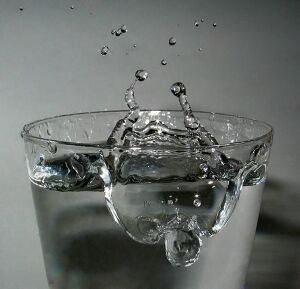 (Credit: Roger McLassus)
Large U.S. hospitals consume nearly 133 billion gallons of water every year, and account for one-seventeenth of major fuels used by commercial buildings in the country, according to a government report on hospital energy and resource consumption.

The report, published Monday, and which relies on 2007 data, was the first of its kind to examine hospital water consumption, according to the U.S. Energy Information Administration, which compiled the Commercial Buildings Energy Consumption Survey, from which the hospital data are drawn.

That works out to nearly 145,000 gallons per patient bed, according to water use spreadsheets that accompanied the report.

To put the number in perspective: the total amount of water used by hospitals in 2007 would fill up some 44,000 Oceanariums — a massive exhibit housing whales — in Chicago's Shedd Aquarium.

Water use varies by region

Aside from typical use of water -- for drinking and washing -- nearly all hospitals in the survey used it in sterilizers and autoclaves, devices that disinfect medical equipment and surgical tools.

Hospitals are also massive consumers of the so-called major fuels. Big health care centers used up a whopping 458 trillion British thermal units in major fuels, with much of that natural gas, in 2007. That equals nearly 6 percent of all energy delivered to buildings in the commercial sector, according to the CBECS.

To drill down further, this works out to nearly 234,000 Btu consumed per square foot (usually rendered as 234 kBtu), or an average 151 billion Btu of energy consumption per building. With this rate of consumption, energy costs for these hospitals average around $16.3 million.

The CBECS is released once every four years, the EIA said. The current report, "Energy Characteristics and Energy Consumed in Large Hospital Buildings in the United States in 2007," was developed using projections from a survey of 157 large U.S. hospitals, the agency said.

As a side note: the large hospital data are only a subset of the whole CBECS, but the rest of the report was marred by a faulty experimental data-gathering technique, the EIA said.