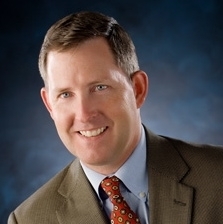 Ryan, a West Point graduate who served as an officer in the U.S. Army, previously worked at McKesson Medical-Surgical, GE Healthcare's IT division and VWR International, TriMedx said in a news release.

"Mike's track record of growing businesses within highly competitive global markets is an incredible asset to TriMedx," the company's COO, Thomas Vorpahl, said in a statement.

TriMedx, a subsidiary of Ascension Health, is based in Indianapolis.